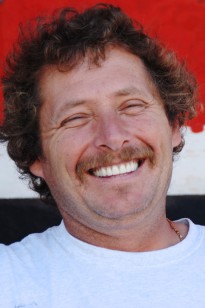 Sea Hunter, a 45-foot scalloper built around 1989, is among the younger vessels in the fleet. And Capt. Scott Rorro is one of the youngest skippers. But Rorro’s marine heritage goes back to Joseph J. Macara and Mary Carmen (Lopes) Macara, who came here from Olhao, Portugal. Their son Joseph E. Macara founded Land’s End Marine Supply. Their daughter Mary wed Ernest Tarvis, master of the draggers Mermaid and Three of Us. The Tarvises’ daughter, Naomi Irene, married Michael Angelo Rorro in 1964. A year later, Scott was born. He purchased Sea Hunter in 2004. She takes a crew of three. The fish hold has a 45,000 pound capacity. At the time we spoke in 2010, Rorro was fishing on Stellwagen Bank, but Sea Hunter has been known to go as far afield as scalloping grounds off Maryland.