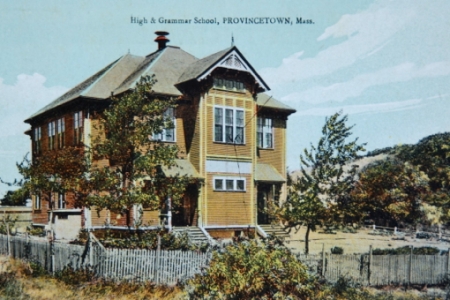 In 1890, Herman Jennings, wrote in Provincetown or, Odds and Ends From the Tip End: “When the [old] Town Hall was built on High Pole Hill in 1853, the High School was then permanently established and held in that building until the building was burned [in 1877]. The school then was kept in the vestry of the Congregational Church [256-258 Commercial Street] until the present High and Grammar School Building was erected in 1880, the town appropriating $8,000 for the purchase of land and the erection of the building. In this school, the higher branches are taught in connection with several of the foreign languages.”

This building burned down in 1930 and was replaced by the current High School. Rest of the entry to be written. 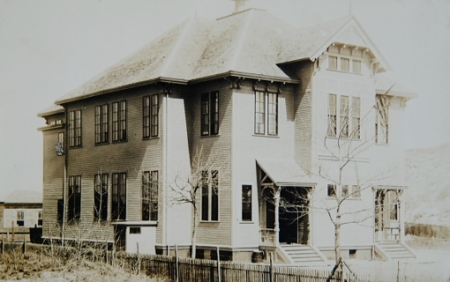