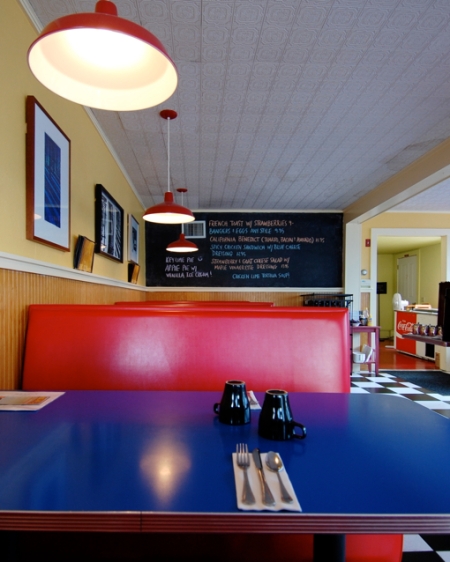 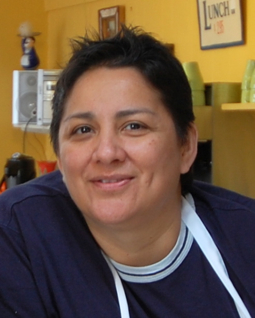 Not your typical commercial real-estate synergy: an epicurean diner and an appliance sales and service center. But this is Provincetown, where some of the unlikeliest bedfellows can be found. “Chach” is the nickname of Viola Donyle Briseno (b 1960), pictured here, who opened this restaurant in 2005 with Sharon L. Bowes (b 1959) in a space that was once the renowned Donut Shop. The property has been owned since 1984 by Michael S. Trovato (b 1955), who is the “Son” in “Joe & Son,” which also operates out of Wellfleet. The “Joe” is Joseph Trovato (b ±1924), a veteran of Land’s End Marine Supply, who established his own appliance servicing business in 1961. Michael bought this parcel in 1984 from the Costa family, operators of the Provincetown Golf Range, 73-89 Shank Painter Road.

I believe this may once have been the Hole in One coffee shop, an adjunct of the golf range. The structure was standing in the ’60s, when the golf range was in business. But there’s a conflict I have yet to resolve: We know this building used to be the Donut Shop. We know the Donut Shop was opened on Shank Painter Road in April 1961 by Darwin Melis and his wife. And we know that Matthew J. Costa objected to the renewal of the Donut Shop’s license in 1964, suggesting that Melis’s business was a competitor of Hole in One. (Of course, it’s possible that the Donut Shop opened in another nearby building and moved here after the Hole in One closed.) 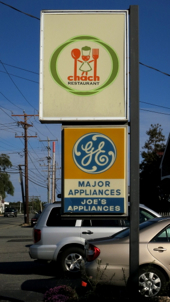 In 1966, the Donut Shop was under the proprietorship of George F. St. Amand (±1920-2004); his wife, Mary E. (Rogers) St. Amand; and Peter Perry (b ±1921), whose father, Peter Perry, had been a trap fisherman. Originally from Pawtucket, R.I., St. Amand came to Provincetown during World War II as a Coast Guardsman to serve as cook at Station Race Point. That was when he met Mary Rogers. He and his wife operated the Donut Shop until 1973. He also served on the Provincetown Police Department, from which he retired as a sergeant. (“George F. St. Amand, 84,” The Provincetown Banner, 30 September 2004.) The restaurant space was subsequently known as Kelsey’s Diner (presumably for a younger member of the Trovato family by that name), and then was operated by Frederick Hemley as the Town Diner, through 2004. His license was transferred in 2005 to Briseno and Bowes.

Briseno had been the chef at the Commons, 386 Commercial Street, and had worked at Lorraine’s and Front Street. Chach was cited as the best breakfast spot on the Outer Cape by Cape Cod Life in 2013 and was also praised by Yankee Magazine for its French toast, “reinvented with vanilla custard instead of mere eggs and milk, for a taste and texture that produces audible exclamations of delight.” Simply typing that makes me hungry all over again, even though I just ate dinner. 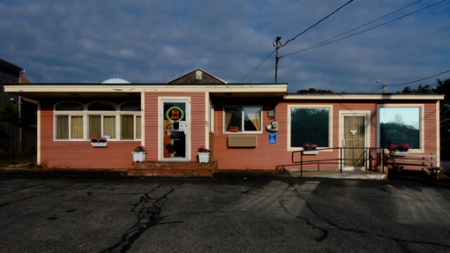 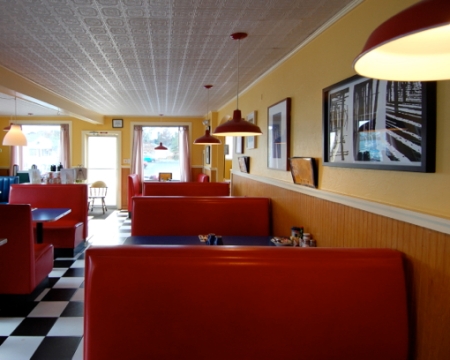 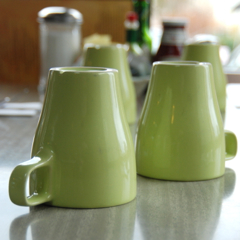 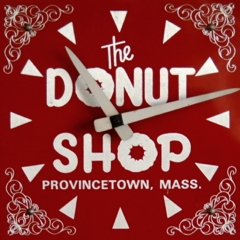 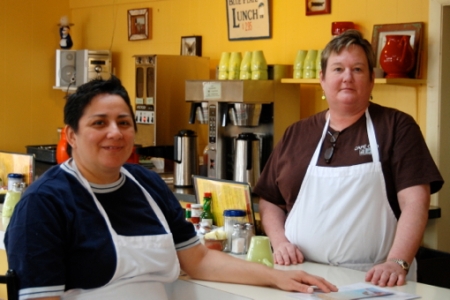 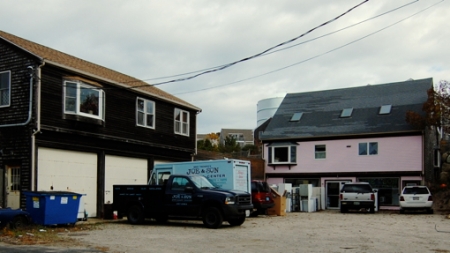