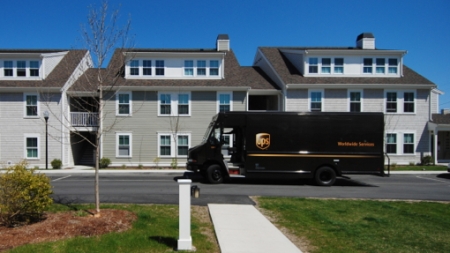 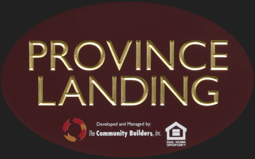 Described by the Massachusetts Housing Partnership as the “largest complex of affordable rentals on the Outer Cape,” the $15 million Province Landing project opened in 2012 with 25 one-bedroom units, 21 two-bedroom units and four three-bedroom units in six buildings. It’s managed by and was developed by the nonprofit Community Builders of Boston under contract with the Town of Provincetown, and was designed by Durkee, Brown, Viveiros & Werenfels of Providence.

The 2.5-acre field where the project rose had been owned by Cumberland Farms, as the successor by merger to V.S.H. Realty, which bought it in 1971 from Allan S. Klonick. MHP News credited Patrick Manning, director of the Housing Authority, with having imagined the possibility of building housing on the Cumberland property. The initiative was supported by Keith Bergman, who was then the town manager, and Robert Cabral, who was then a housing commissioner.

The town acquired the property, valued at $1 million, in 2007. Its request for proposals was answered in 2008, just before the economic meltdown, by Community Builders and the for-profit Stratford Capital Group of Peabody. (Pru Sowers, “Two Bids to Be Weighed for Shank Painter Housing Project,” The Provincetown Banner, 7 August 2008.) The town selected Community Builders. Its proposal originally called for 45 apartments for households with a range of annual incomes up to 100 perecent of the adjusted median income in Barnstable County, which was $73,500 at the time. Half the apartments were to be set aside for households with incomes between 31 and 68 percent of the countywide median. (Pru Sowers, “Boston Firm Wins Bid for Shank Painter Housing Project,” The Provincetown Banner, 25 September 2008.)

At this writing, September 2013, the complex is still in a shakedown cruise, with noise abatement evidently at the top of the to-do list. (Ann Wood, “Board Agrees to Probe Noise Complaints at Affordable Housing Complex in Provincetown,” The Provincetown Banner/Wicked Local, 27 May 2013.) If one were to cavil, one could object to the Cape Cod Picturesque styling and the rigidly patterned layout; with images of The Village coming to mind of those old enough to remember The Prisoner. But time and tree cover will help soften some of these hard edges. And when 350 families aspire to 50 units of housing, you can’t deny the need for projects like Province Landing. 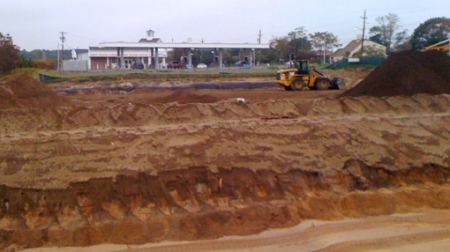 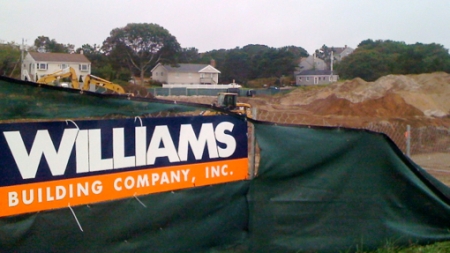 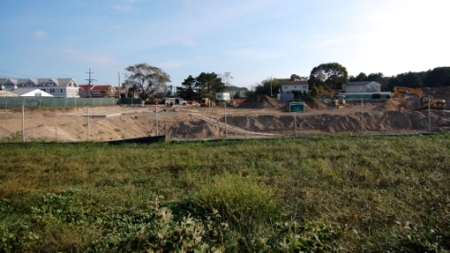 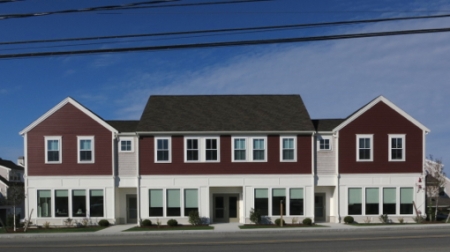 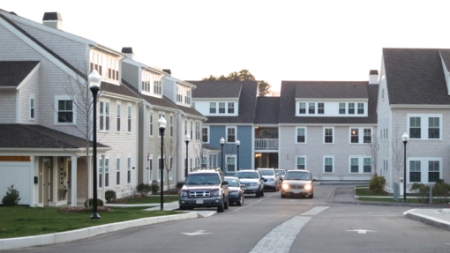 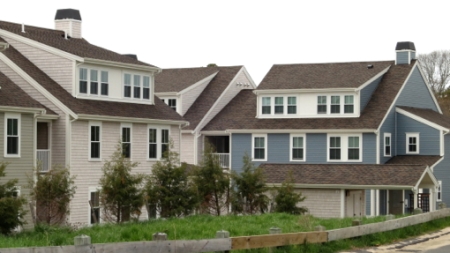 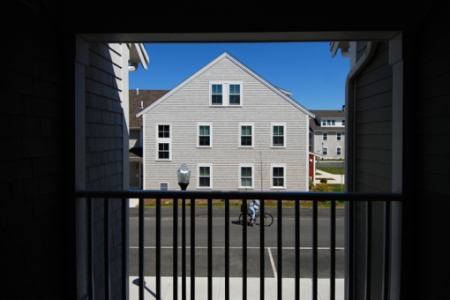 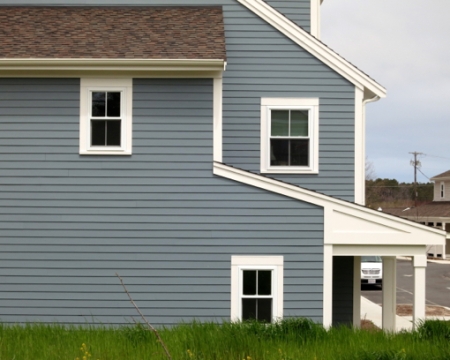