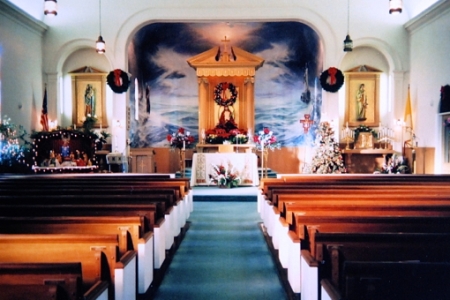 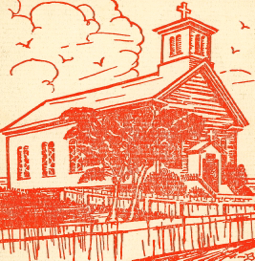 Tu es Petrus, et super hanc petram aedificabo ecclesiam meam. The words of Jesus, taken from the Gospel of Matthew, can be seen clearly in the scroll held by the right hand in the figure of St. Peter at the church that bears his name. “You are Rock, and on this rock I will build my church.” There could be no more fitting a patron for Provincetown than Peter, the fisherman, to whom Jesus gives the keys to the kingdom of heaven, which the figure holds in its left hand. The church building was completed and blessed on 11 October 1874 during the pastorate of the Rev. John J. Maguire (d 1894).

The next significant period of construction occurred in the 1880s, during the pastorate of the Rev. Thomas Elliott (d 1905), who had come to the United States from Ireland as a boy. After ordination, he was named the first pastor of Our Lady of the Rosary (Nossa Senhora do Rosário) in Providence, a so-called national parish without conventional parochial boundaries, devoted to serving the entire Portuguese population of that city. (Masses are still celebrated there in the Portuguese language.) Within two years of Father Elliott’s arrival in Provincetown in 1886, the rectory had been built, an organ had been installed in the church and a great bell hung in the tower.

But the days of Irish priests at St. Peter’s were at an end. In 1893, the Rev. Manuel C. Terra (1862-1930) of New Bedford was appointed the sixth pastor. Though he was born on this side, Father Terra had been taken back to his family’s home in the Azores as a child. He attended schools in Faial and São Miguel, as well as Lisboa. Like Father Elliott, he spent time at the Church of Our Lady of the Rosary in Providence. Father Terra made a substantial mark on the lower Cape, opening chapels in Truro (1895) and Wellfleet (1900). During his pastorate, a new bell tower was built at St. Peter’s, in 1906; followed eight years later by the expansion of the area around the altar, known as the sanctuary. In 1922, new windows were installed.

It is not for such benign milestones that the 1920s are recalled at St. Peter’s, however. For this was a period when nativist belligerence was at its most notorious, when Provincetown fielded its own unit of the recently revived Ku Klux Klan, whose fury was directed at immigrants and Catholics as well as African Americans. Crosses were burned in Provincetown; at least once on the grounds of St. Peter’s. The man who had to confront this hatred was the Rev. John A. Silvia (b 1893) of Fall River, who spent time as a seminarian in Terceira, the Azores, and who succeeded Father Terra in 1924.

Father Silvia was instrumental in shepherding the St. Peter’s Club, which functioned as a kind of executive committee of the Knights of Columbus, 277 Commercial Street. The discussion of politics was prohibited during the knights’ gatherings, so they would adjourn and reconvene as members of a club in which they could explore political strategies to fight the nativist establishment; voter education among them. In short order, given the Portuguese-American majority in town, tickets cobbled together at the St. Peter’s Club were regularly victorious at the polls. In 1934, Father Silvia superintended the installation of the Calvary sculptural tableau at St. Peter’s Cemetery, 124 Alden Street, a gift from Father Terra. He also helped organize the first Blessing of the Fleet, in 1948. Finally, in 1951, he blessed and dedicated the Shrine of Our Lady of Fatima, which once stood next to the rectory and is now between the new church and the parish hall.

The Rev. Leo J. Duart (1904-1975) undertook the next important renovation and improvement of the church building, beginning seven years into his pastorate, in 1958, with the installation of a new organ. Parishioners must have been grateful for the next step in 1959: new kneelers. A new altar arrived in 1962. Four years later, Father Duart commissioned the artist Eugene Sparks (±1938-2012) to paint a mural around the entirety of the sanctuary; an especially dramatic work showing Peter walking on water, but clearly exhibiting signs of the doubt that will soon begin to sink him, before he implores Jesus to save his life. New stained-glass windows were installed in 1971, followed by a new heating system. Then came new pews in 1973, followed by repairs to the bell tower and gold leafing the cross at the tower’s summit.

Father Duart was also responsible for building the parish hall and the parochial school, more fully discussed in the entry on the church campus under 11 Prince Street.

On 25 January 2005, three years into the pastorate of the Rev. Henry J. Dahl, the church was destroyed by fire. “Many of the firefighters were members of St. Peter’s and had been christened and married there,” Sue Harrison recalled in 1913. “The fire was doubly hard on them as they worked in the subzero temperatures to save not only a building but their community’s past, future and heritage.” Little could be salvaged. But firefighters rescued the tabernacle and the statue of St. Peter, missing the arm that held the keys to the kingdom of heaven, but still clutching the scroll with the other hand: Tu es Petrus … 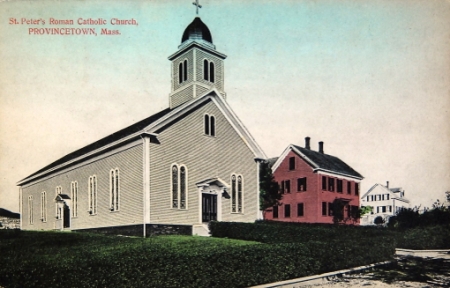 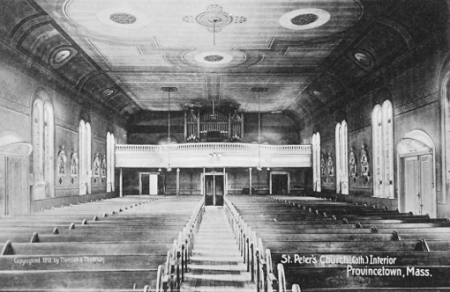 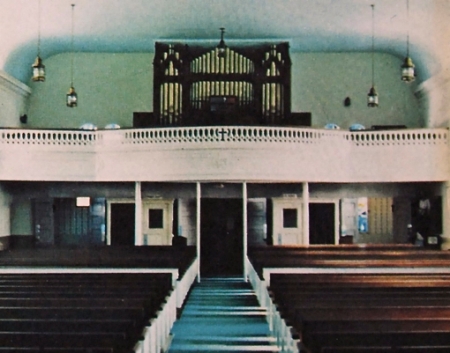 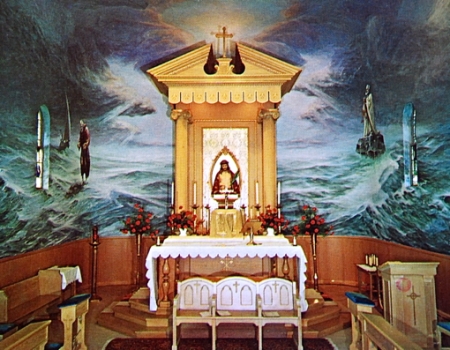 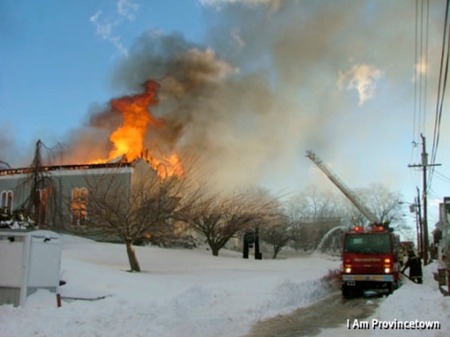 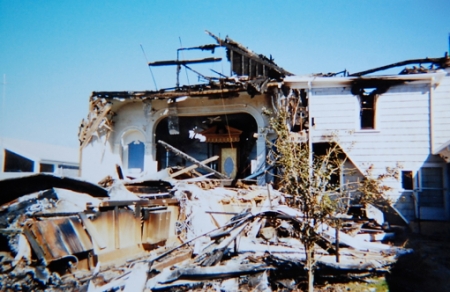 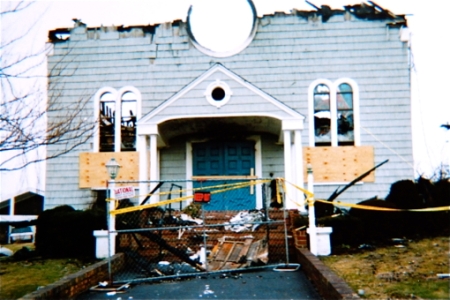