James J. Holmes, whose family lived here, turned 18 in May 1944. He enlisted in the Army three months later. Nazi Germany was collapsing. The Allies were closing in through France and Latvia. The U-boat havens were on the verge of being knocked out. Hitler had nearly been assassinated by his own generals. Perhaps Holmes dreamed of witnessing the European war come to an end. Instead, he was killed in Germany on 8 February 1945, exactly three months before V-E Day. The family sold the house in 1994 to Christopher Hall Sands, who turned it into the Hotel Piaf. He sold it in 1999 to Daniel A. Wolf (b 1957), pictured, and Heidi A. Schuetz of Harwich. At this writing, Wolf represents the Cape and Islands in the Senate and is seeking the Democratic nomination for governor.

According to Sands, the original three-quarter Cape at the core of this structure was constructed in 1820.

Paterfamilias of the Holmes clan was Joseph Robert Holmes (±1867-1951), who was born in the Azores. In Provincetown, he worked first as a fisherman and then as a farmer. He married Josephine Pereira and they had eight children; among them, Gabriel R. Holmes Sr., who lived at 3 Prince Street with his wife, Alice L. Holmes, before moving to New Bedford. They acquired this house in 1937. Private Holmes was their son. After his body was returned to Provincetown in August 1948, he was buried with full honors. Business was halted in town — then at the height of summer season — for the two hours surrounding his funeral at the Church of St. Peter the Apostle, just down the road. The memorial square at Bradford and Prince Streets bears his name. 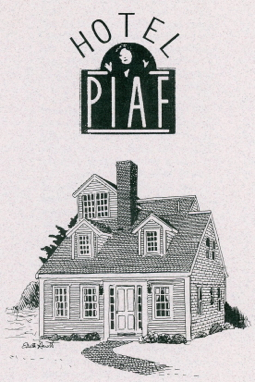 Sands, who lived in New York City, bought the property from Gabriel Holmes’s descendants for $145,000 in 1994. The next year, he and Vincent Coll opened it as the Hotel Piaf, which described itself as “a very small French guest house.” Its three rooms — La Vie en Rose, Milord and Hymne à l’Amour — ranged from $125 to $155 a night in high season. Scott and I were not yet fully accustomed to Provincetown’s modest scale and its heritage of dwellings fashioned from shacks. Milord felt at first more like a tool shed with Provençal décor than the cottage it actually is. (We had a hard time passing one another in the space between the bed and the walls, for instance.) But the yard was ample and the hammock and Adirondack chairs made for a pleasant place to spend a late afternoon, in the company of a bounding yellow Lab puppy named Édith. The Piaf did not last very long, however. Sands sold the property to Wolf and Schuetz for $667,000 in 1999.

Wolf was the founder in 1988 of Cape Air, which serves Provincetown Municipal Airport. He first ran for the state Senate in 2010 and was easily re-elected in 2012. Three Prince Street is not his primary home. He and his wife live in Harwich. • Map • Historic District Survey, main house • Historic District Survey, cottage • Assessor’s Online Database ¶ Posted 2013-07-26 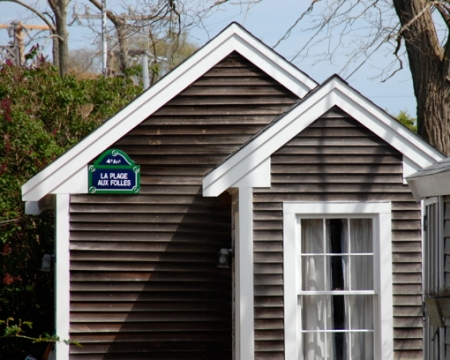