After Baltimore, Provincetown is probably the community with which John Waters is most closely associated. And Waters himself spends summers here. But only one member of his old Dreamland troupe actually settled in Provincetown for the long haul following the crazy years of the 60s. That was — and is — Channing Wilroy (b 1940), who has owned a cottage colony at the end of the Pearl Street cul-de-sac since at least 1984. The grounds are landscaped with more than a touch of whimsy: a traffic light, a little windmill, old traffic signs. There is some poetic justice to all this, since the proprietor of the cottages in the late 1960s, Carl Feldman, made it clear that eccentricity wasn’t tolerated at 36A Pearl. “No hippies or beatniks desired,” he said in a 1967 ad in The Advocate for a “knotty-pine-panelled cabin situated in a gay, natural setting.”

More often than not, Waters imparted celebrity on members of his entourage, but Wilroy came with celebrity built in as a teenage dancer on The Buddy Deane Show, Baltimore’s home-grown version of American Bandstand and the basis for the fictional Corny Collins Show in Hairspray. “John knew me before I knew him,” Wilroy said in a 1997 interview. “John knew me because he was a fan of the show.” (Joe Burns, “Channing Wilroy Still in the ‘Pink’ Tonight, The Provincetown Banner, 10 April 1997.)

Wilroy arrived in town for the first time in 1966. “I’d been coming to summer resorts for to work, but I thought that Ptown was an unusual place,” he told Gerald Peary in an interview for Provincetown Arts. “My summer season got longer and longer, and I decided to stay. I’ve been living permanently in Ptown since 1969.” He and Divine were roommates from 1969 to 1971. “There was never a dull moment,” Wilroy said, in what is surely an understatement. “He pulled a number of capers, and we always had to move because there was no rent.” Wilroy worked as the chef at the Inn at the Mews, 359 Commercial Street, then opened his own restaurant, Channing’s, at 386 Commercial, before returning to the Mews, to manage it.

It was also at this time that Wilroy’s film career took off, thanks to Waters. In Pink Flamingos (1972), Wilroy played Channing, the houseman who runs afoul of Connie and Raymond Marble (Mink Stole and David Lochary, with whom Wilroy also lived for a time in Provincetown). He was also the prosecuting attorney in Female Trouble (1977) and the transvestite Lieutenant Wilson on Desperate Living, among other roles. Waters and Wilroy exchanged reminiscences about their early days in Provincetown in a three-part video interview with Life in Provincetown. 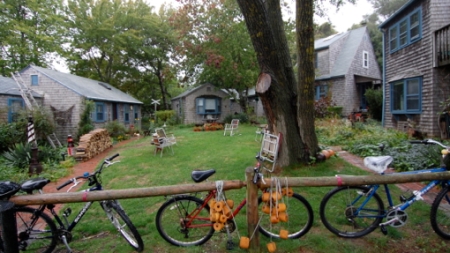 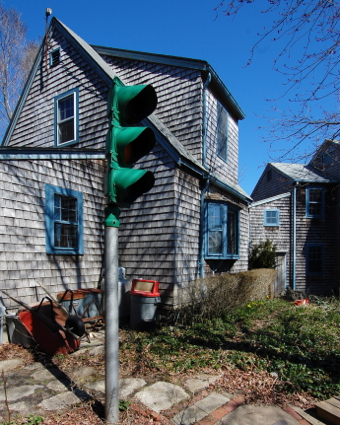