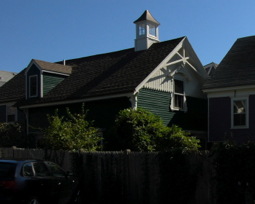 An almost urban density gives downtown Provincetown a lot of its character. But even here, there are few houses that look as jammed into a lot as 5 Pearl Street, only inches away from the rear of the Somerset House Inn, 378 Commercial Street. The relationship between the buildings, however, is neither accidental nor haphazard. This was once the home of Dr. Ella Freeman (Kendrick) Birge (b 1857), a physician, and her husband, Dr. William Spafard Birge (b 1857), also a physician. And they ran the Ocean View Sanatorium, which is what the Somerset House used to be. Their granddaughter, Amy Spafard Birge (1907-2000), married the renowned Provincetown artist Bruce McKain (1900-1990), and lived here almost all her life. (His painting, Gray Day, from the collection of Helen and Napi Van Dereck, is shown below.)

Of all the fascinating people associated with this property, Ella Birge may hold the greatest appeal to me. I’m in awe of the determination she must have had to secure a medical education. The College of Physicians and Surgeons in Boston awarded her an M.D. in 1891. Her husband had been a doctor for 10 years at that point. They married in 1882 and had two children, Amy E. Birge and William D. Birge (±1885-1946), who worked for many years as a conductor for the New York, New Haven & Hartford Railroad, on its Old Colony branch into Provincetown. He and his wife, Bessie W. (Cowing) Birge, were Amy (Birge) McKain’s parents.

A Provincetown native and graduate of the State Teachers College in Bridgewater (now Bridgewater State University), young Amy taught at Quincy Junior High School before she returned to town. Many years later, she directed Provincetown’s public welfare program until it was taken over by the state.

In 1939, she married Bruce McKain, who was born in Freetown, Ind. He attended the John Herron Art Institute in Indianapolis (now the Herron School of Art and Design). In Provincetown Profiles, Frank Crotty noted that McKain hitchhiked to the Cape in 1928 to study with Charles W. Hawthorne, though he doesn’t say how many rides it took to get here. McKain studied with Hawthorne until 1933. Studying his canvases, one can imagine the young painter taking very much to heart the master’s insistence on the primacy of color over form.

Here’s the amazing thing: McKain was at the Herron institute at the same time as Philip Malicoat (1908-1981) and George Yater (1910-1993). And they were friends. Three of the most prominent artists in Provincetown in the mid-20th century all came from one school — 650 miles west of the Art Students League. Their lifelong affiliation was memorialized in a 1999 show at the Provincetown Art Association and Museum: The Boys From Indiana. 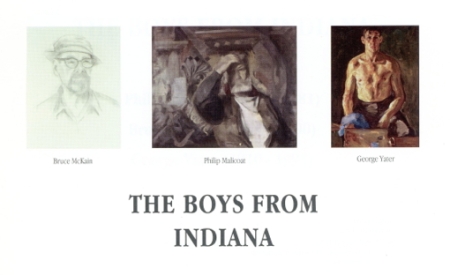 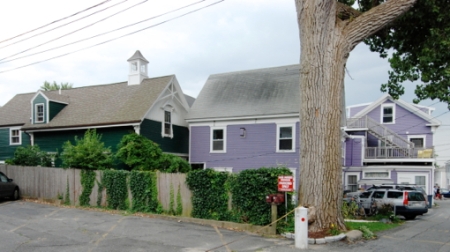 One thought on “5 Pearl Street”