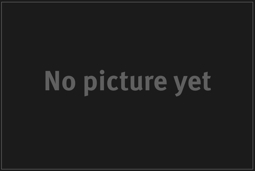 A prominent figure in the national gay rights movement, Timothy I. “Tim” McFeeley (b 1946), graduated from Princeton and earned a law degree at Harvard. He was the executive director of the Human Rights Campaign Fund from 1989 to 1995, during the first fight to integrate the armed forces, which collapsed into the “don’t ask, don’t tell” provisions. But as a Washington lobbyist, he also counted such victories as the Ryan White Comprehensive AIDS Resources Emergency Act of 1990 and the inclusion of protection for people with AIDS and H.I.V. in the Americans with Disabilities Act. During the Clinton administration, in April 1993, McFeeley was a member of the first delegation of lesbian and gay leaders to meet with the president in the Oval Office. (Karen De Witt, “Clinton Meets With Gay Groups But Won’t Attend Their March,” The New York Times, 17 April 1993.)

Between 2001 and 2008, McFeeley led the Center for Policy Alternatives as its executive director, before joining Isaacson, Miller, an executive recruitment firm. (None dare call it headhunting.) He was also the author of The Price of Access (2001). Since 1991, he’s owned this 3,100-square-foot house, constructed in 1984. • Assessor’s Online Database ¶ Posted 2013-06-23