Capt. Henrique DeJesus “Henry” Duarte (1921-2006) grew up in Portugal, where he earned his livelihood as a dory fisherman. Shortly after World War II, when he was in his mid-20s, he came to Provincetown to join the fishing fleet, under the sponsorship of his uncle, Arthur Duarte. By 1948, he had earned enough to pay for passage for his wife, Maria DeGuia (Barros) Duarte (b 1921), and their five children. His own boat, the dragger Charlotte G. (pictured), was launched in 1952 — that makes two of us — in East Blue Hill, Me. His crew in the early 1950s included Manuel Henrique, Anthony Jackett, Frederick Roche and Paulino Urtiago. Henry and Maria had three more children after the family reunited in Provincetown.

The house, which was built in the mid-19th century, boasts a chimney by the marvelously inventive brick craftsman and sculptor, Conrad Malicoat. (Some other examples of his work are at 36 Commercial Street, 64 Commercial Street, 507 Commercial Street, and Napi’s, at 7 Freeman Street.) It is now a four-unit condominium. Among the residents is Terry Catalano (b 1961), an artist who has studied with Paul Bowen. He is the creator and proprietor of Outer Cape Auctions, established in 1999, which deals in the work of Lower Cape artists including Catalano himself, whose Provincetown Scape II is shown here. 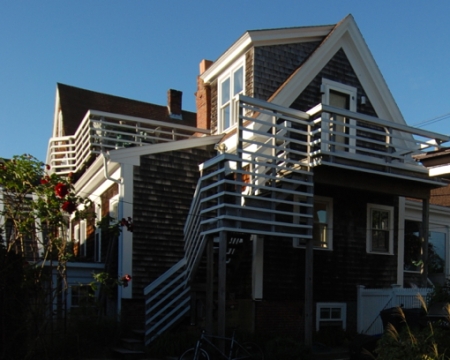 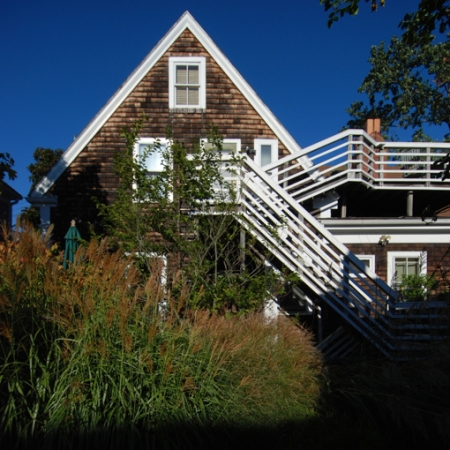