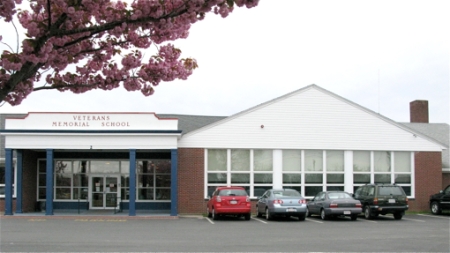 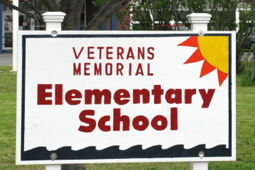 In the era of contraction and the mournful closing of P.H.S., it’s hard to believe that within my lifetime, expansion was the watchword in public education. It had become clear by the early 1950s that the town’s children were no longer well served by the Central School House, 126 Bradford Street, and the Western School House, on School Street. So plans were prepared for a large new building to replace them and the Governor Bradford School, 44 Bradford Street. The Veterans Memorial Elementary School, designed by Walter M. Gaffney of Hyannis, opened in 1955 and served its purpose for 56 years.

Gaffney is probably best known today, to the extent that he’s remembered at all, for his elegant Map of Cape Cod of 1932. The town’s Building Survey Committee, appointed in 1952, explained how they decided to engage his services: “We visited one of his schools in Yarmouth and another school not designed by him in Harwich. As a result, we felt he was ably qualified to do a preliminary study.”

The school was opened in April 1955 and dedicated by the Lewis A. Young Post of the Veterans of Foreign Wars (now at 3 Jerome Smith Road) and the Morris-Light Post of the American Legion. In 1959, a bell was installed on the flag pole from the freighter Provincetown. During the renovation of Town Hall in the early 21st century, Town Meeting was held in the all-purpose room.

In 2011, coincident with the decision to close the high school and move the younger grades into its building, the Recreation Commission voted to declare its Bradford Street building surplus and to move all of its programs, activities and offices into the Veterans Memorial as soon as it became available. (Minutes of the meeting, 2 March 2011.) That work is going on as this is being written. The building also serves as the town’s emergency center. ¶ Posted 2013-03-23 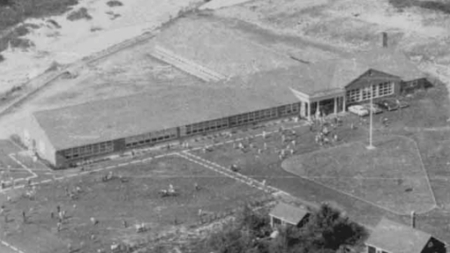 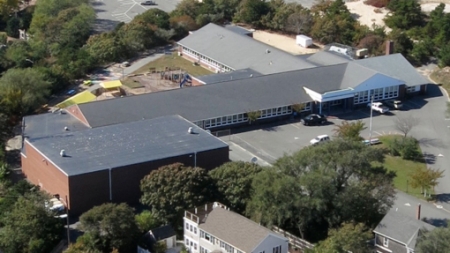 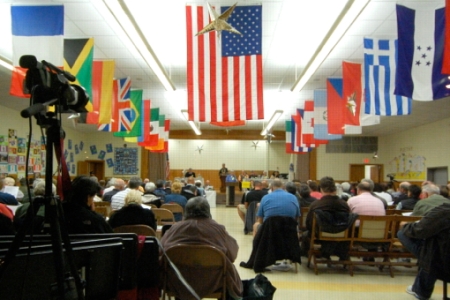