The Pilgrim Monument, behind the Lancy mansion and the U.U. Meeting House, by David W. Dunlap (2012). 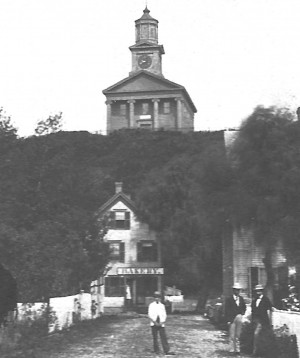 What better way to herald a 20th-century Portuguese fishing village of 18th-century Yankee heritage that was a landfall for 17th-century English immigrants (some of whom had embarked in Holland) and perhaps 11th-century Norse sailors, too, than with a tower straight out of 14th-century Tuscany? The Pilgrim Monument, designed by Willard Sears and modeled on the Torre di Mangia in Siena, has symbolized Provincetown ever since its dedication on 5 August 1910. It occupies the site of the previous town hall, which was built in 1854 and burned down in 1877.

The Pilgrim Monument, by David A. Cox.

The monument is a 252-foot-7½-inch exclamation point at the Cape tip; a granite landmark embellished by corbeled vaults, high arches, and bristling crenels. The otherwise definitive Pilgrims and Their Monument does not explain why Sears chose the Torre as his model, but notes that “there was no distinctive Pilgrim monumental architecture” upon which to draw. 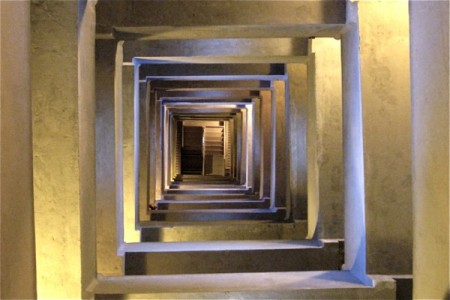 The tower’s chief purpose was to stake the town’s claim to the honor of having been the Pilgrims’ landing spot. But some nativist sentiment may also have entered in. The monument’s chief sponsor, Capt. J. Henry Sears, said Provincetown was where the “the first white child [Peregrine White] saw the light and breathed New England air.” This kind of thing mattered at the turn of the 20th century, when New England was becoming the second-biggest Portuguese-speaking colony in the world, after Brazil. The Portuguese had supplanted Yankees as masters of the fishery and were on their way to being the political masters at Town Hall. Was the Pilgrim Monument subconsciously intended as a tangible declaration that “we were here first” — “we” being Anglo-Saxons? (Never mind the Wampanoag people.)

President Theodore Roosevelt at the 1907 cornerstone laying, from “The Pilgrims and Their Monument,” by Edmund J. Carpenter (1911).

President Theodore Roosevelt stressed universality at the cornerstone laying in 1907. “You, sons of the Puritans, and we, who are descended from races whom the Puritans would have deemed alien — we are all Americans together,” he said. The centennial celebration was attended by Deval Patrick, the commonwealth’s first African-American governor, and, representing Plymouth, the Rev. Prof. Peter J. Gomes of Harvard, whose father was from Cape Verde. “I do not have, to my knowledge, one drop of Pilgrim blood in me,” he told the appreciative crowd. “All of us are involved in this Pilgrim business. It is too important, too grand to belong to any one of us. It belongs to us all.”

Alfred Silva Sr.’s models in the 2013 “Fleet’s In” show at the Provincetown Museum, by David W. Dunlap.

Of course, the story doesn’t end with “this Pilgrim business,” and the Provincetown Museum — part art gallery, part treasure house, part curio cabinet, and part Grandpa’s attic (if Grandpa spent a lot of time in the Arctic) — guides visitors through the town’s subsequent history. The collection includes fine artwork, a full-scale recreation of a captain’s quarters, the town’s first fire engine, an antique doll house, and models of the Long Point settlement, Lewis’s Wharf, and a fishing weir. “Fleet’s In,” a 2013 show, brought in Alfred Silva Sr.’s exquisite models of the fishing fleet.

The museum is an amalgam of holdings: those of the Cape Cod Pilgrim Memorial Association, incorporated in 1892 to build the monument, and the Research Club, a women’s organization founded in 1910 to study and preserve town history. The association’s collection was housed at first in the Lodge. It was designed by Willard Sears, completed in 1910, and intended “for the preservation of pictures, furniture, and antiquities illustrating the life of the people of the age in which the Pilgrims lived, and incidents in their history,” according to The Pilgrims and Their Monument. Sometimes called the first museum on Cape Cod, it is still used for meetings of the association board and now serves as the casual Shallop Cafe. 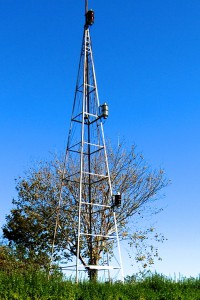 The Research Club collection was housed until 1961 in the Historical Museum at 230 Commercial. It included some incongruous taxidermy donated by Rear Adm. Donald MacMillan: the head of a walrus from northern Greenland, one-and-a-half polar bears from northern Greenland, and an entire musk ox and white wolf from Ellesmere Island. The two collections were merged in 1962 in a museum building at the base of the monument, designed by George Clements and Richard Gallagher. Four years later, the structure was expanded to incorporate a freestanding storage building, thereby creating a new wing. It might shock antiquarians who still resent Plymouth’s oversized claim to the Pilgrims, but the current executive director of the Pilgrim Monument, John McDonagh, had earlier been executive director of Plimoth Plantation. On the former Weather Bureau Storm Warning Tower, signal flags once notified mariners of small-craft advisories, gales, storm warnings, and hurricanes. Red and white lights played the same role at night. 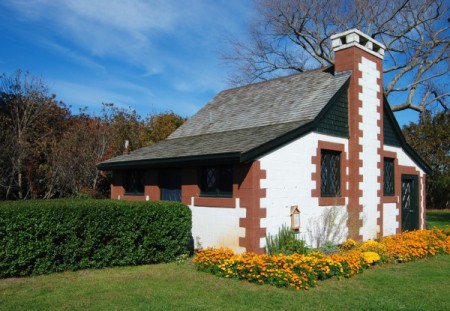