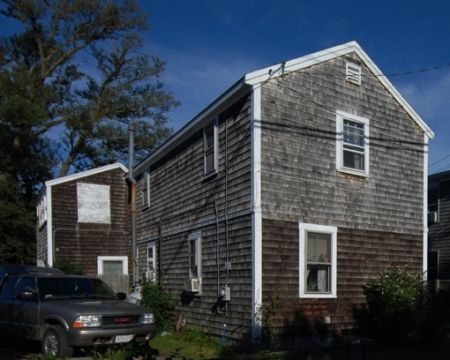 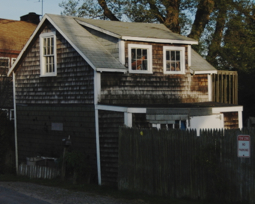 The family of Regina and Reginald F. Jason have owned this property for more than a half century. The tracks of the New York, New Haven & Hartford Railroad once ran by, just a few yards away. Jason (b 1919) was the son of Manuel Philip Jason, one of Provincetown’s celebrated barbers. He married Regina Andraschko (b 1923) of Wisconsin in 1943. Jason owned a trucking business. In the early 1980s, Renald R. Jason (b 1955) and Regan C. Jason (b 1960) also lived here. They, too, were truck drivers. • And as Rena Jackson notes in the comment below: “There was also Reggie Jason Jr. and three girls: Regis, Regina and Rena. And the boys are all still truck drivers today.” Assessor’s Online Database ¶ Updated 2012-11-09