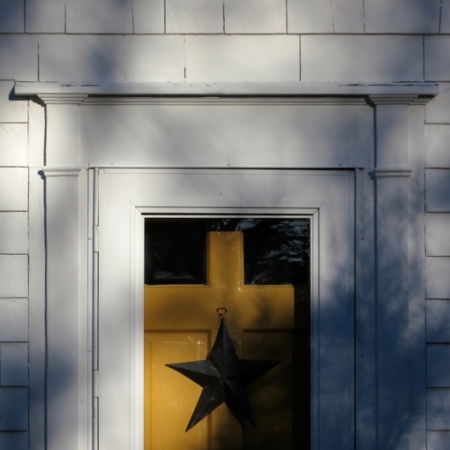 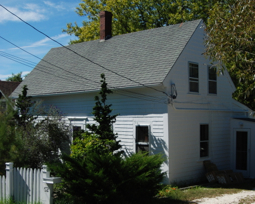 Readers of Provincetown: From Pilgrim Landing to Gay Resort by Karen Christel Krahulik will quickly recognize Amelia (Rego) Carlos (1910-1998), who opens the book as the personification of town residents who rented bedrooms and out buildings to visiting tourists, many of them gay or lesbian. “Through these boarding houses,” Krahulik wrote, “Portuguese women built trusting relationships with gay men and women, and helped facilitate Provincetown’s 20th-century transformation from a fishing seaport to a vacation destination.” Formerly designated 29 Mechanic Street, this was the home of Madame Carlos, or Mother Superior, as some guests called her affectionately.

Amelia Rego was born to Antone and Mary Joseph Rego on São Miguel in the Azores. She came to Provincetown and, in 1931, married Frank Carlos Jr, who was then working at the Colonial Cold Storage Company, 229 Commercial. Amelia’s jobs included: dishwasher at the Pilgrim House (336 Commercial), housekeeper to the artist Charles Kaeselau, waitress at the Provincetown Inn (1 Commercial), clerk at Malchman’s clothing store (273 Commercial) and at the Patrician general store (212 Bradford) and night clerk at the Moors Motel (5 Bradford Extension). She picked and sold blueberries and bottld her own beach plum jam. And she ran this cottage colony in three small shacks that her husband had constructed in the 1940s. 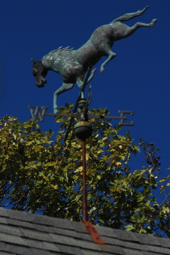 From the sounds of Krahulik’s affectionate portrayal, Madame Carlos would have had more trouble renting a cottage to a Yankee from the East End than to a homosexual from New York. “I don’t think anything about it,” she told Krahulik in 1998, explaining that town residents had lived with lesbian and gay visitors all their lives. She was also quoted in Catherine Russo’s documentary, Safe Harbor: Provincetown Responds to AIDS, 1983-1993: “I’ve seen people here do wonderful things for these AIDS patients who used to come here to die. They had no one to take care of them, so they came here and people were very good to them, fed them and took care of them.”

Lest we leave her on a note of complete saintliness, let’s remember that Carlos could be feisty if necessary, such as when the town proposed in 1966 to take 180 square feet from her front yard to accommodate the widening of Creek Road. She fought this move vociferously, saying that the result would be “the shortest boulevard in town — with only three houses on it,” and succeeded in derailing the measure at Town Meeting.

The house and cottages are now owned by Douglas J. Pew (b ±1943), the retired associate general counsel of the United Technologies Corporation, and his husband, Donald Croxton (b ±1948), a potter. In 1969, the year of the Stonewall uprising, they met in St. Louis, at a bar called Peyton Place. By summer’s end, on a visit to New York, in a corner of St. Patrick’s Cathedral and quite privately, they pledged to one another that they would spend their lives together. They married in Canada in 2003, when they could, and in Massachusetts in 2004, when they could. (Liz Doup, “Their Rights, Their Rites,” Sun Sentinel, 21 April 2004.)