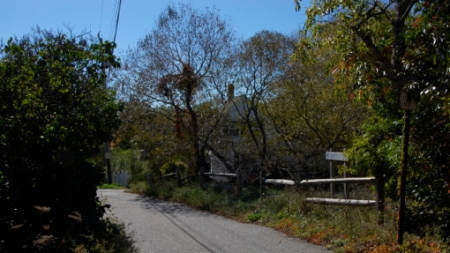 Nearly an acre of shrub thicket, this parcel was granted to the Provincetown Conservation Trust in 2001 by Francis Carlet. A border skirmish with the abutters at 52 Creek Road over a strip of land between their properties was resolved in the trust’s favor eight years later. (Pru Sowers, “Trust Clinches Land Deal in Provincetown,” The Banner/Wicked Local, 29 December 2009.) • Assessor’s Online Database ¶ Posted 2012-12-06