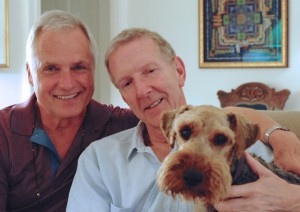 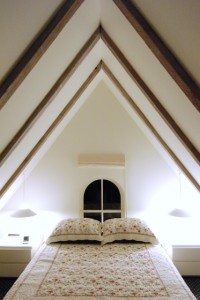 Ken Janson, who trained as an architect, and his husband, Robert Vetrick, an English teacher, opened the Ampersand Guesthouse in 1987 and have run it ever since. It is tranquil, understated, verdant, reasonably priced, and enormously pleasant — a grown-up guest house that attracts lots of the same couples summer after summer. (Full disclosure: my husband and I are among them.) The original house was built in 1853 for Jonathan Nickerson. A two-story out building served as a studio for the artist John Dennis in the 1940s. Frank and Florence Johnston opened No. 6 as the Florston House just after World War II. In the ’70s, under Don Graichen, it was the Capricorn, catering to gay men who’d come to town for sex, drugs, and rock-n-roll. After buying the property in 1986, Vetrick realized that the couple’s lives & the house were undergoing both a new beginning & a continuation. Thus, the name was born.