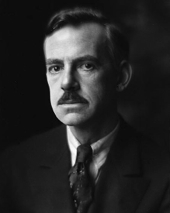 You can’t see the most culturally important wharf in town. It’s long gone. But the cairn-mounted plaque next to 571 Commercial Street explains why this is still a place of pilgrimage: “In 1915, on a wharf extending from this site, a fish shed owned by Mary Heaton Vorse was converted to a theater by a group later named the Provincetown Players. On July 28, 1916, the Players staged Bound East for Cardiff, the first production of a play by a young and then unknown author, thus launching the career of Eugene O’Neill as a playwright and changing the course of modern drama in America.”

The wharf was constructed by Bangs A. Lewis in the mid-19th century. Vorse, who lived at 466 Comemrcial, bought it in 1915 with her husband, Joe O’Brien. She leased part of the large, two-story pier shed to Bror Julius Olsson Nordfeldt, to be used as the Modern Art School. Susan Glaspell described the first performance of Bound East for Cardiff in her biography of George Cram “Jig” Cook, The Road to the Temple:

The sea has been good to Eugene O’Neill. It was there for his opening. There was a fog, just as the script demanded, fog bell in the harbor. The tide was in, and it washed under us and around, spraying through the holes in the floor, giving us the rhythm and the flavor of the sea while the big dying sailor talked to his friend Drisc of the life he had always wanted deep in the land, where you’d never see a ship or smell the sea.

It is not merely figurative language to say the old wharf shook with applause.

After the Players decamped for Greenwich Village, Courtney Allen ran the Sixes and Sevens coffee shop here. The wharf was lost to the elements in the 1920s (sources differ on the exact year). About four decades later, Allen made an evocative scale model of Lewis Wharf for the Provincetown Museum, which is pictured at the top of this entry. It was unveiled in July 1963 before an audience that included a number of people with personal recollections of the theater, the play and the playwright, including Vorse (“sipping a glass of sherry and leaning on a cane,” Arthur Gelb of The New York Times reported); Charles Hapgood, the son of Neith Boyce and Hutchins Hapgood; Mary Bicknell; and Dr. Daniel Hiebert. Vorse told Gelb how the Players had ransacked their own homes for scenery and capitalized productions with a few dollars from their own pockets. “We had no mission,” he quoted her as saying. “We just had plays — and we had fun. It’s exciting to know that it turned into history.” 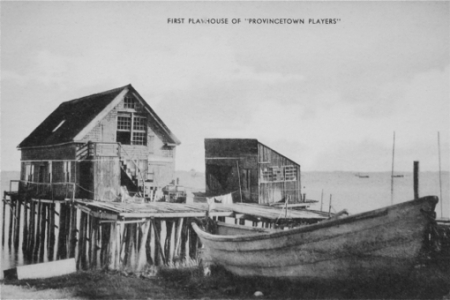