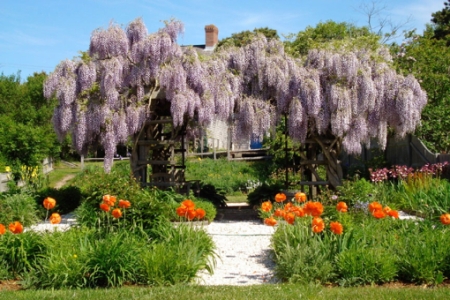 Patience et longueur de temps font plus que force et que rage. “Patience and time do more than strength and passion.” The aphorism, from Jean de la Fontaine, is — fittingly — the motto of Suzanne’s Garden, a public park that took form in a most unlikely way over a rather long span of time. To begin, it occupies a small fraction of what was once the Sears family estate, one of the “great lots” that ran from harbor to ocean until the creation of the Cape Cod National Seashore. The property was purchased in 1959 by Avrom “Arlie” Sinaiko (1902-1984), a doctor and a sculptor, and his wife, Suzanne Sinaiko (1918-1998). This was once the yard of 606 Commercial [could this be where the Ford was half-buried in 1969?] but was split off by the Sinaikos when they sold No. 606, and retained as a vacant lot.

The Sinaikos’ son Jonathan (b 1950) got an idea into his head when he was in his 20s. “I asked my mother if I could put a vegetable garden on the lot, which I did for several years until my mother proclaimed: ‘I can get vegetables at the A&P. I want a flower garden.’ And so it was transformed into a flower garden. For whatever reason, perhaps because my mother was a European refugee of the war, perhaps because she was an artist who loved people and believed in their inherent goodness, she never put a gate on the garden, so it was open to whomever wished to enjoy it.”

Jonathan, a filmmaker, maintained the garden for 10 years after his mother died, but in 2008 faced the financial reality that he could no longer afford to keep the entire lot, running through to Bradford Street, which the garden and his mother’s studio occupied. Rather than part with the entire lot, he came up with the idea of splitting off the 5,600-square-foot garden and selling it to the town as open space for $335,000, or roughly $60 a square foot.

Town officials balked. They had assessed the land value at $50,000 and questioned Sinaiko’s financial assumption that the parcel could be used for a condominium development. Nonetheless, he pushed ahead. Sinaiko obtained a second appraisal that assumed the parcel would be used as a parking lot. That came in at $250,000, which was still a long way from the town’s comfort zone, even though it was the line Sinaiko said he would not cross. At the annual Town Meeting of 2009, voters approved the $250,000 expenditure, 192 to 41. The cost was offset later that year by a $130,000 grant from the commonwealth.

Suzanne’s Garden opened in 2009. Not that it was ever closed. 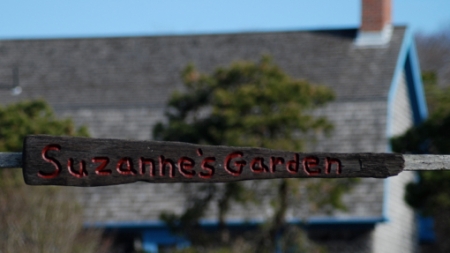 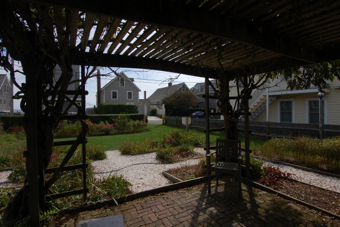