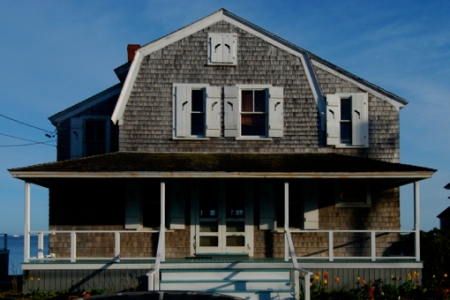 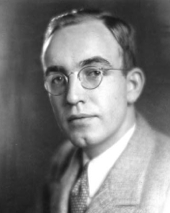 To be vibrant and successful, an art colony needs more than artists. It needs an entire human infrastructure, or ecosystem: provisioners, dealers, patrons, collectors, critics, buyers, and camp followers. It also needs at least one champion connoisseur, someone who — though associated with the place — enjoys a high enough national stature as to be a credible and compelling advocate. In the mid-20th century, Hudson Dean “Huddie” Walker (1907-1976) was the champion connoisseur of the Provincetown art colony. He lived here with his wife, Ione Avery (Gaul) Walker (1914-1987). The name “Walker” probably rings several bells. If you’re familiar with the contemporary art scene in town, you certainly know the Berta Walker Gallery at 208 Bradford Street. She is one of his daughters. And if you’re familiar with the contemporary art scene nationally, you’ll wonder whether he’s related in any way to the Walker Art Center in Minneapolis. He is. 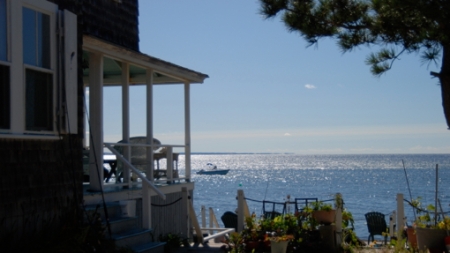 Hudson Walker was the grandson of Thomas Barlow Walker (1840-1928), a Western lumberman. Thomas Walker collected art and donated to Minneapolis some 8,000 pieces valued at $5 million, nearly $70 million in today’s currency; then built a museum to house it when the city equivocated. “Even as a child I was interested in collecting things,” the younger Walker reminisced in 1957. “When I was 11, I had a playhouse and I filled it with my collections. They included guns, swords, colored stones, porcelain, stuffed birds and sea shells.” Soon, his passion extended to the works — among others — of Alfred Henry Maurer (1868-1932) and Marsden Hartley (1877-1943), who had a Provincetown connection through his friend John Reed, at 592 Commercial Street.

The younger Walker was educated at the University of Minnesota and also at the Fogg Art Museum at Harvard. In the 1930s, in succession, he was a partner in the Goodman-Walker Art Gallery in Boston, the first curator at what would become the Weisman Art Museum at the University of Minnesota and the director of the Hudson Walker Gallery at 38 East 57 Street in New York. (He would later run the jewelry company Walker, Ebeling-W. E. Marcus at 18 East 48th Street.)

Ione Avery Gaul, meanwhile, had been spending summers in Provincetown since childhood. She had studied at Carnegie Tech and with the artist Arthur Silz (1901-1956) in Provincetown. Her father, Harvey Bartlett Gaul, was a composer, organist and music critic in Pittsburgh. Her mother, Harriet Avery, was a writer. And Ione’s brother, James, had attended Harvard, where he’d met and befriended one Hudson Walker, to whom Ione was introduced. They married in 1936. Their three daughters were Berta; her twin, Louise (Walker) Davy; and Harriet (Walker) “Hatty” Fitts. 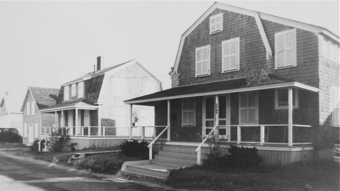 The year in which the Walkers bought No. 645 was also when he became president of the American Federation of Arts. Though they lived most of the year in Forest Hills Gardens, Queens, Walker found the time to keep exceptionally busy on the Cape. In 1958, for instance, he served as one of the founding incorporators of the Chrysler Art Museum, which occupied what is now the Public Library, at 356 Commercial. In 1961, he was elected president of the Provincetown Art Association, 460 Commercial. 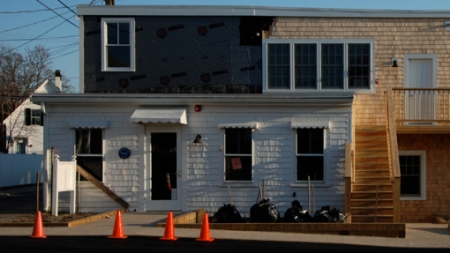 But by far the work for which he is best remembered in town is the establishment of the Fine Arts Work Center, of which he was one of the most steadfast patrons — so much so that its gallery is named in his honor. He saw the need for such a place years before it was organized. Quite presciently in 1962, Walker told The Advocate:

I believe that Provincetown is the most significant summer art colony in the country. … A real threat to the continuance of this situation is the great need for low-cost living quarters and studios for the younger artists. The local art schools are excellent, but it will be difficult for them to continue to attract students without adequate housing, and other younger artists will have to seek inexpensive living conditions elsewhere.

“Hudson and Ione wrere among the founders, chief bankroller and pole around whom all gathered,” Roger Skillings told me in 2012, “second in time only to the Del Deos, who provided the effective impetus, dating from a letter of February 6, 1964 to Josephine from Pat Saffron Van Derek, Napi’s mother, on the state of Provincetown’s decline into raw commerce and real estate.”