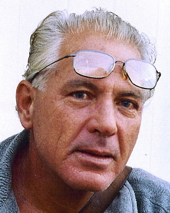 Provincetown Arts, founded in 1985 by Christopher J. Busa (b 1946) and Raymond S. Elman (b 1945), is more than a chronicle of the contemporary art scene — though in its depth and density, this annual magazine serves as a rich portrait of culture on the lower Cape at the end of the 20th century and the beginning of the 21st. It is also the connective tissue that links the present generation of artists, writers and poets to those of the ’40s, ’50s and ’60s, when Provincetown enjoyed a national reputation as an important art colony. Because Provincetown Arts is not the sort of magazine you throw away, back copies can be found in or around practically every guest room in town, so it serves the further function of introducing even casual visitors to the idea that art in this town is taken Very Seriously. If the publications of the Provincetown Arts Press conjure the picture of an architecturally Very Serious headquarters, however, think again. Far more appropriately, the magazine and the press occupy an attic studio. This is Provincetown, after all. 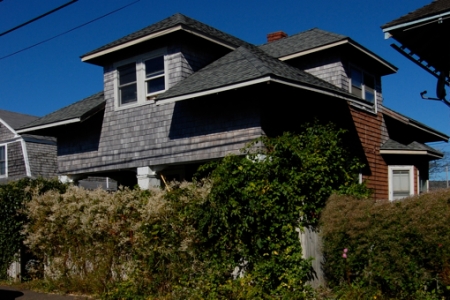 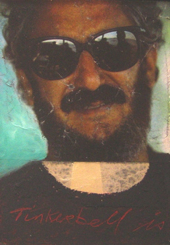 Elman, an artist and writer, was born in Cincinnati. He attended the University of Pennsylvania as an undergraduate and graduate, then continued his graduate studies at New York University until 1970. A year later, he had his first one-man exhibition, at the fledgling Fine Arts Work Center, followed two years successively by shows at the Provincetown Group Gallery, 359 Commercial Street. His works also started appearing regularly in curated shows at the Provincetown Art Association and Museum. In 1973, Elman bought a house at 63 Mayflower Avenue, in the far eastern Mayflower Heights section of Provincetown. It was where he had his first studio on the Cape. Busa, by contrast, has been coming to Provincetown all his life. He is the son of the prominent Abstract Expressionist painter Peter Busa (1914-1985) and of Jeanne (Juell) Busa (b 1918), whose summer home was not far away, at 600 Commercial. He was graduated from the University of Minnesota and studied at the Sorbonne and at Rutgers University.

Christopher and Sandra H. Busa purchased 650 Commercial Street in 1975/1980 [?]. This had been the home until 1954 of John C. Van Arsdale (1919-1997), who operated the first scheduled commercial air service out of Provincetown, from the Provincetown Municipal Airport, and founded the mini-empire of Provincetown-Boston Airline, which was — until the 1980s — the largest commuter airline in the United States.

In July 1985, Busa and Elman produced the first issue of Provincetown Arts, a 24-page tabloid with a cover photograph by Joel Meyerowitz of Vivian Bower‘s studio. Volume 2, in 1986, consisted of three tabloid issues, with cover photos by Meyerowitz. In Volume 3 of 1987, the publication assumed the form we know it in today: a large, perfect-bound annual. Meyerowitz once again had the cover assignment, this time with a color portrait of Norman Mailer.

Busa and Elman served jointly as editors and publishers through 1989, when Elman’s son Evan was born. Gillian Drake, originally the production coordinator, was the associate publisher through Volume 11 (1995). Drake was the co-author with Busa in 1988 of The Provincetown Artists Cookbook and she also wrote The Complete Guide to Provincetown in 1992, which remains an enormously useful overview of the town, even if many of the specific businesses have changed. She is now a medical intuitive. Ewa Nogiec-Smith (now Ewa Nogiec) was listed in Volume 3 as the assistant art director. From Volume 9 through Volume 16 (2001), the art direction or design of the magazine was credited to Nogiec or her company, ENS Graphics, or both. Today, she runs Gallery Ehva at 74 Shank Painter Road; the Provincetown Artist Registry and I Am Provincetown sites; and the 10 Days of Art festival.

Provincetown Arts never was that sensible a business proposition. Put simply, it costs more to produce than it can raise in subscription and advertising revenue. In 1991, Busa changed the nature of his business by establishing the Provincetown Arts Press as a 501(c)(3) tax-exempt nonprofit corporation “to promote arts, humanities and free speech on Lower Cape Cod,” principally through the publication of Provincetown Arts, a magazine featuring “the essays, interviews, fiction, poetry, art and book reviews of artists, writers, poets and students of all walks of life, religion and ethnic backgrounds.” Busa told me in 2012, “I made this move to a nonprofit in order to survive, since I saw that even as a for-profit corporation, the community assisted us in times of need.” The 501(c)(3) status meant that donors’ contributions could be deducted from their tax liability, an important charitable inducement. 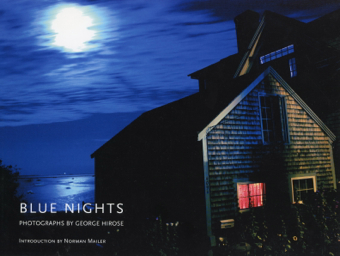 Books published by the Provincetown Arts Press include Blue Nights, a portfolio of haunting and elegant photographs by George Hirose; and Tripping: A Memoir of Timothy Leary & Co. and My Case Rests, two works by B. H. Friedman, who lived at 627 Commercial.

Jennifer Liese was the senior editor of Volume 13 and the editor of Volumes 14 and 15, when Busa was designated editorial director. John Waters covered Volume 13 (1997) and in interviews with Gerald Peary, “John Waters in Provincetown,” he and other members of his Dreamland troupe gave their most detailed accounting of the early days at land’s end. It was a notable journalistic accomplishment. Following this issue, however, Provincetown Arts went dark for a year, missing the 1998 edition. A fundraiser “made it bottom-line possible for us to forge ahead,” Liese wrote. When the magazine returned with Volume 14 in 1999, Margaret Carroll-Bergman occupied the newly created post of chief financial officer; effectively publisher, which was her formal designation from 2002 through 2004.

David Michaelis, who grew up nearby at 619 Commercial, described the multiple tracks of Busa’s life in 2000 during a visit to 600 Commercial:

Up in his office, among the submissions to and back issues of Provincetown Arts, he points out the books he’s working on. On one side of the studio is a cardboard box full of manuscripts and papers; it’s labeled in black marker: STOUT — a book he edited of the journals of the painter Myron Stout. On the other side of the studio is another cardboard box labeled DUNE BOOK — a novel in progress. Chris picks up the cover letter on a submission from Edmund Wilson’s son, Reuel, and there is an interview with Edmund White that he’s publishing. There’s a tribute to Stanley Kunitz in the current issue. Also there’s the letter he wrote to the Provincetown Banner protesting against the ‘heterophobic’ board of the tennis club; the gay officers don’t like his macho manners and rescinded the lifetime membership he earned after he retired from teaching tennis at the club. His troubles comfort me. I have that warm, fuzzy feeling of being home in my old family.

With Volume 21 (2006), the masthead lineup stabilized with three key positions besides Busa’s: Susan Ralli as managing editor, Irene Lipton as art director and Ingrid Aue as marketing direcor. Ralli, who lives in Natick, was graduated from Boston College. She is a poet and playwright, and joined the Provincetown Arts staff in 1995. Lipton, whose studio is in Truro, received her master’s degree from Hunter College in New York and was a fellow in painting at the Fine Arts Work Center from 1988 to 2000. She was a graphic designer for Book of the Month Club and is a cofounder of artStrand. Aue, who was born in Germany, has a degree from the Massachusetts College of Art and Design and runs a graphic design studio in Cambridge. 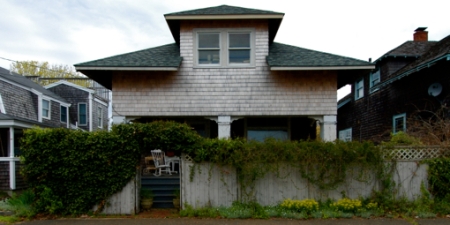