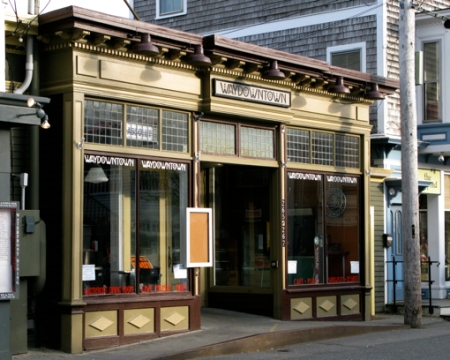 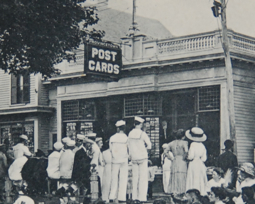 One of the most elaborate surviving storefronts from the early 20th century had every reason to be so ornate, since it was once The Provincetown Advocate Post Card Shop — the premier showcase for the image of Provincetown; source of the pictures and artifacts that would convey the town’s charms around the nation. From the late 1930s through the mid-1960s, the Town Crier Shop occupied the space with a much more generalized inventory including housewares, stationery, toys and gifts.

T. M. Sargent of Boston was the architect of the building, which was constructed in 1911 for Howard F. Hopkins, according to “Town Crier Shop Sold to Local Man,” The Advocate, 29 December 1966. The article continues with a useful summary history:

“The shop in front sold newspapers, postcards and souvenirs. In June 1928, the newspaper and building were purchased by Guy X. Holliday and Mr. and Mrs. Guy R. Miller, who continued publication of The Advocate until 1937 when it was purchased by the late Paul G. Lambert and the presses moved out of the building.

“During that period, gift items were added to the shop and it was given the name of the Town Crier Gift Shop. In 1947, the gift shop was sold to the firm of Bolles and Kemp, who in 1951 sold it to Mr. and Mrs. [Joseph H. and Carrie] Seaman.”

It appears from old photographs that this space once communicated directly with the adjoining space at 269 Commercial Street. Indeed, a small hyphen-like connector can be seen between the structures even today. Malchman’s sportswear store, founded in 1919 and formerly at 273 Commercial Street, run by Nathan and Jean Malchman, opened in this building in 1967. (“Malchman’s Opens in New Location,” The Advocate, 27 April 1967.)

Recent tenants included Mario’s Mediterraneo restaurant. Today, it is WayDownTown, which was established in 2002 by Jeri Boccio. 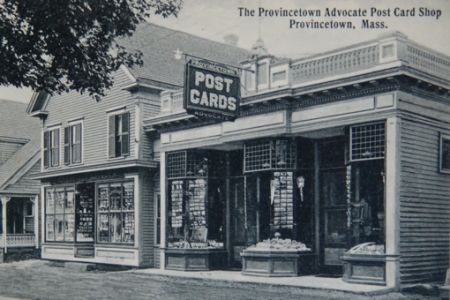 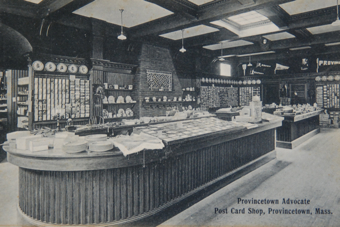 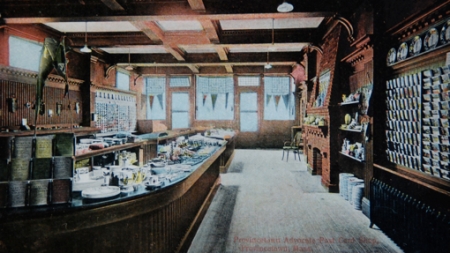 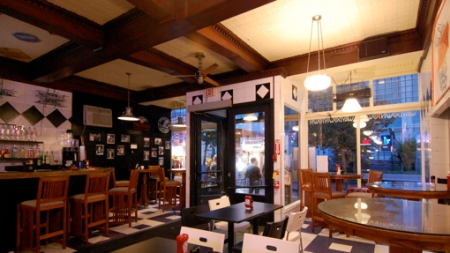 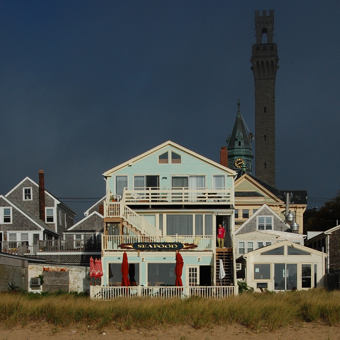 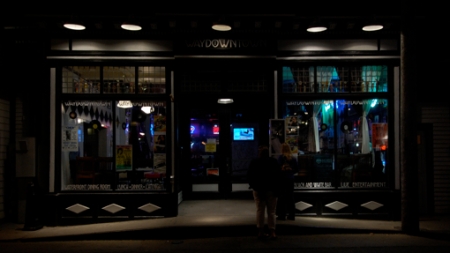