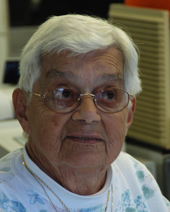 Two of the most familiar faces in Provincetown — sturdily beautiful Portuguese faces — have been watching the comings and goings in Lopes Squares for at least a half century between them, from one of the longest continuously operated dining spots in town. They are Marian (Cook) Goveia and Shirley Baker of John’s Foot-Long Hot Dogs, and they are civic treasures.

Goveia’s tenure began in 1970, when the adjoining Commercial Street storefront was Turner’s Candy, which lured customers with the smell of freshly-made fudge. “There was a large cooking table facing Commercial Street and copper pots in the window,” she told me in 2011, between taking orders at the counter. “To watch it being made, people would be lined up in front.” The hot dog stand dates to 1961 and takes its name from John Grace, who was once the owner of the building. Goveia can remember when the big Boston boats would arrive and discharge 1,000 visitors at once, all of whom seemed to gravitate to John’s side of the street. Goveia is the granddaughter of Manuel Cook, a fisherman who came from Portugal, and Viola Cook; and of Manuel Patrick, who was custodian of the Western School, and Sadie (Newcomb) Patrick. Her parents were John “Peacy” Cook, who worked for the water department, and Nellie (Patrick) Cook. 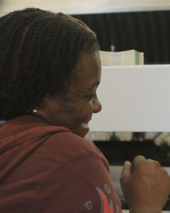 Baker also dates her working days at John’s to the 1970s. Her mother had come from São Miguel, where her grandfather, Manuel Ferreira, was a fisherman. She and Goveia have been joined behind the counter in recent years by Deborah Jones, a talented Jamaican photographer whose presence speaks of yet another important change in Provincetown’s ever-evolving population: the arrival in significant numbers of foreign-born workers, many from Jamaica.

And Jones is not the first Jamaican connection here. William Wilson Taylor (±1876-1955), who operated the famous Taylor’s Restaurant in this building, was the assistant manager of the United Fruit Company’s Kingston division until the disastrous earthquake of 1907. That was when he returned to Provincetown, where he’d been born — to Capt. Thomas Seabury Taylor and Josephine (West) Taylor — and from which he’d first shipped, aboard his father’s whaler, Rising Sun. Following its days as Taylor’s, this was the Log Cabin Candies store.

John’s Foot-Long is run by Mark Janoplis, of the Mayflower Café clan. 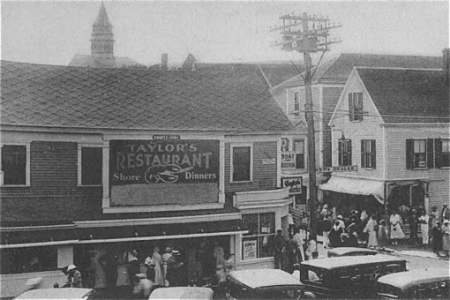 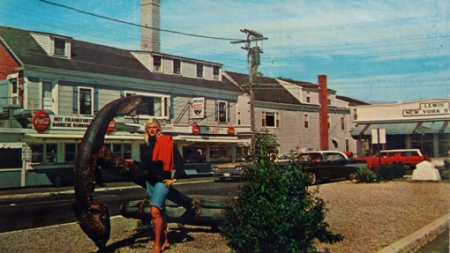 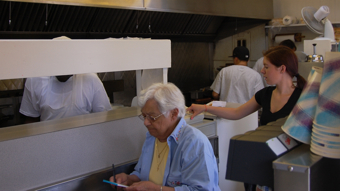