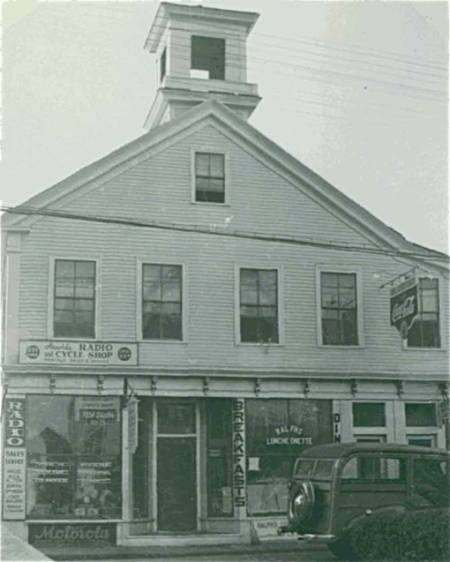 During the Long Point diaspora of the mid-19th century, the settlement’s most prominent public buildings — the school house and post office — are both reputed to have made the voyage across the harbor. The post office wound up at 256 Bradford Street, the school house at 329 Commercial Street, where it remained until a disastrous fire in 1949, serving in its latter years as the home of the appliance and bicycle shop of Arnold F. Dwyer (±1918-1998), which is still in business, though on a far more modest scale.

The building was constructed out on the point in 1846 to serve both as a school and meeting house, Herman A. Jennings wrote in Provincetown or, Odds and Ends From the Tip End. After the dissolution of that settlement, Dr. Jeremiah Stone bought the building and had it floated over. By 1871, it was being used as the town post office, when a tidal wave rolled into the harbor. Josef Berger told what happened next in Cape Cod Pilot: “It drove the ship Nina ashore — and head-on through the post office wall. The skipper (perhaps with a thought for the yarn-spinners of posterity) jumped out and mailed some letters.” The second floor was in use as a band room and school room.

From the 1880s well into the 20th century, this was D. A. Matheson’s Ready-Made and Custom Clothing and Boot and Shoe Emporium, one of the best known of Provincetown’s shops at the turn of the 20th century, when the building was denominated 304 Commercial Street.

Dwyer purchased the old emporium in the late 1930s for $7,500 and subdivided it into 12 apartments (including a home for him and his wife, Ruth) and two other ground-floor commercial spaces besides his own. In 1949, an arsonist set a blaze that left the enormous structure a complete loss. 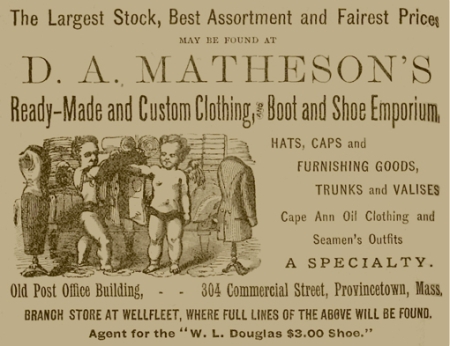 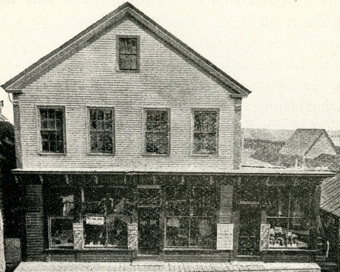 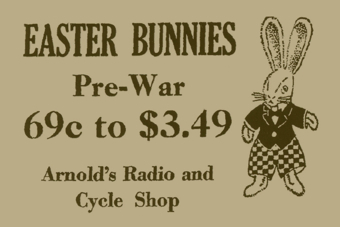 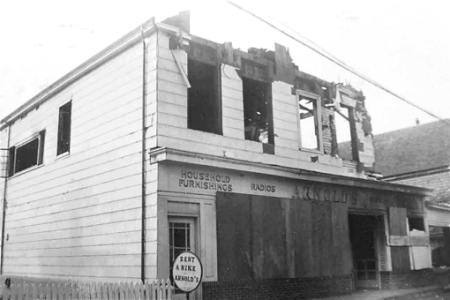