Three buildings spill down to the waterfront from behind 353 Commercial Street. There is a little commercial unit on the square that has seen one coffee shop open after another in recent years. In this picture, taken in 2008, it was Cicchetti’s Espresso Bar, proferring “coffees and tiny nibbles.” That didn’t last long. By 2010, it was Mayorga’s Coffee Shop. Also gone. As of 2011, it was the Café Dinara. 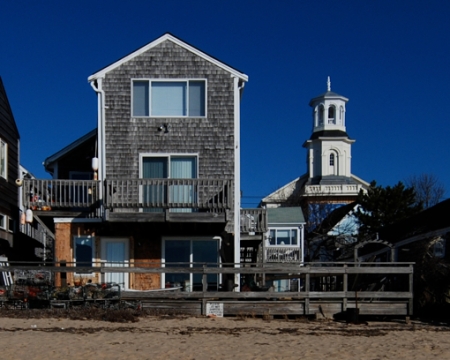