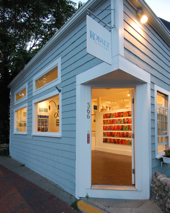 Capt. Louis Santos (b ±1880), skipper of the dragger Atlanta, and his wife, Mary, bought this house in 1918 and celebrated their 25th anniversary here in 1931. Seven years later, Captain Santos almost drowned when he fell while climbing on to the Cape Cod Cold Storage wharf from his boat, and so was weighed down in the icy water by heavy clothes and boots that he could barely cling to the wharf pilings. Manuel H. Jason and his wife owned the house in the 1950s. I’m presuming this is the same Jason who operated a barber shop in the front-yard commercial annex in the 1940s.

Good Scents was here in the early 1990s, then the Hammersley Gallery, then Read All About It! (“Cape Cod’s Largest Newsstand”). The building has been owned since 2008 by Francine d’Olimpio, a real estate broker with the Pat Shultz agency and the director of the Kobalt Gallery, which now occupies the storefront. 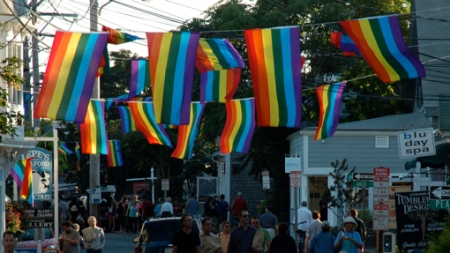