“Captain Lavender’s Deck” at the Waterford is not some sort of coy code to entice gay patrons. No, this property once was home to Captain Lavender — in fact, the Captains Lavender: Robert M. Lavender (1847-1928) and Stephen S. Lavender (1852-1910), who appears to have been Robert’s younger uncle. (Stephen’s much older brother, Capt. Joseph A. Lavender, was Robert’s father. Joseph was lost at sea in 1870.) The family came from Nova Scotia, as did Robert’s wife, Louisa J. (1847-1920), herself a remarkable woman.

The Lavenders were merchant captains, not fisherman. The vessel they each commanded at one time or another was the three-masted schooner Edwin I. Morrison out of Boston. The Morrison would make occasional trips to Europe but was more steadily engaged in coastal trading. She carried coal, tobacco, paving stones, ice and guano, among other cargoes. In fact, loaded with guano on an ill-fated trip to Savannah, the Morrison managed to enter the law books in a liability case that made its way to the Supreme Court in 1893. Stephen Lavender was a defendant.

Stephen’s mother and Robert’s grandmother was Catherine “Kate” Hufman Lavender. She may be the “Mrs. K. Lavender” shown on the landlocked property in an 1880 atlas. An 1886 directory, available through the Provincetown History Preservation Project Web site, shows both men living at this address. But it was Robert’s wife whom Mary Heaton Vorse took time portray in Time and the Town:

“Many of the older women when I first came here had traveled far seas with their husbands, like Mrs. Lavender who, when her husband fell ill, navigated his packet to Havre, France. The children traveled with her and she taught them about the stars of heaven and the wonders of the deep. She informed their minds with great literature, and when the time came to go ashore to school they were far ahead of other children in their knowledge.”

Robert Lavender more than distinguished himself during the great gale of 27 November 1898, when the fishing schooner F. H. Smith foundered in the pocket of Provincetown Harbor now separated by the West End Breakwater. In horror, those watching the catastrophe noticed that a member of the crew — William Forrest, it turned out — was clinging to the rigging above decks that had been lashed by and submerged under the icy sea. Captain Lavender stepped forward to address the small crowd: “Men, we know that there is one of us out there in the riggin’ — it’s a life, mates, and I am going to try to get at him. I call for volunteers.” The 10 volunteers found an open boat on shore and headed out to the wreck, saving Forrest’s life. The journey almost cost Lavender his own life, as he had fallen in the water and emerged so cold that he had to be carried unconscious to his home when the ordeal ended. The Treasury Secretary awarded Lavender a silver medal in 1899 on behalf of the United States Life-Saving Service.

John A. Francis bought the property from the Lavenders in 1913. At this time, three different lots composed the full parcel known today as 386 Commercial. There was a small building set off on an ample yard at 386 Commercial and a larger house at No. 392. Centered between these two parcels was a little pathway leading to the main event: the big Victorian at No. 392A, built in the 1860s. The property was consolidated no later than 1946, when it was transferred to Jere Snader, the son of Arthur Snader, the town crier. He ran it as the Gray Inn. (See more at 392 Commercial Street.) Over the years, a deck was built above the path, which now serves as a breezeway, all but hiding the main house from the view of passersby.

In the early 1970s, Channing Wilroy owned and ran a restaurant here called Channings. Mark B. Cross (1934-2010), who once managed the music department at the Harvard Coop and stores in Amherst and Northampton, moved to Provincetown in 1974. He met Horace Stowman, who was to be his partner — and husband — for the next 36 years. In the mid-70s, they purchased 386 Commercial and renamed it Ocean’s Inn, which they ran until 1995, when the property was purchased by Charles “Chuck” Rigg and Carlton “Carl” Draper, who were partners and partners. Rigg had been an interior designer in Washington. They rechristened the guest house the Commons. The restaurant was called the Bistro. A coffee shop on the other side of the breezeway was known as Scooter’s at one point, in honor of one of the spaniels that shared the house with Rigg and Draper, who owned the building until 2006. (“Mark B. Cross, 76, Provincetown,” The Banner/Wicked Local, 7 October 2010.)

The Commons and its restaurant, renamed Level, were operated by 386 Commercial Street L.L.C. until 2008, when it filed for bankruptcy protection. The next year, the guest house was reborn again as the Waterford Inn, with 13 guest rooms, a café and a tavern. It’s run by a business called the Delectable Dining Group, of which Albert Gordon is president and director. Mark Berryill is the other corporate director. 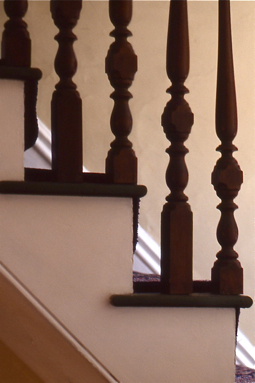 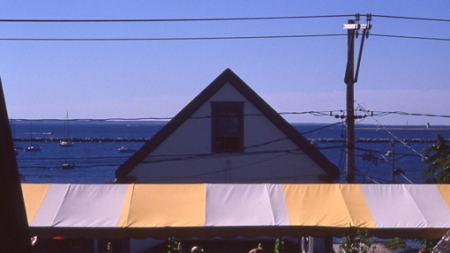 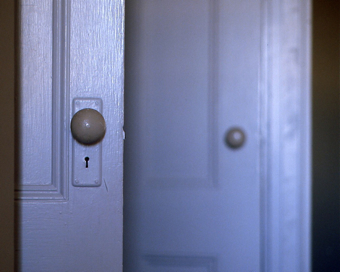 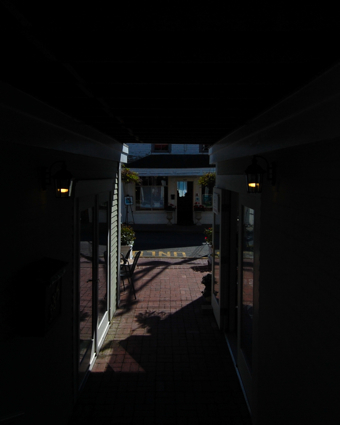