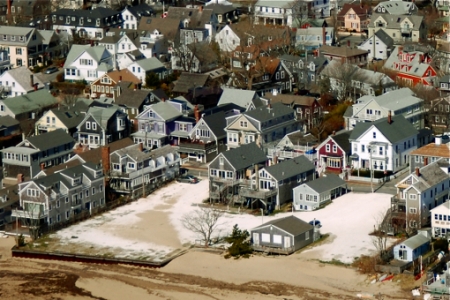 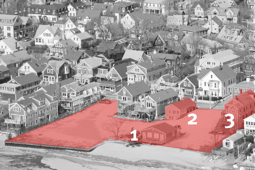 There is a concept in real estate, “highest and best use,” that assigns value to a property based on the maximum feasible development it could sustain. By this standard, Elena Curtis Hall’s extraordinary waterfront parcels in the near East End, chiefly a parking lot, are badly misused. But from the vantage of civic amenities, Hall — known to some as the “parking lot lady” — has preserved a great patch of sky and an almost unrivaled view of the waterfront from Commercial Street. It’s hard to imagine a higher or better use.

Grasping the magnitude of the property from the street is difficult because of two abutting out-parcels that sit in the middle of it like an island. But the aerial views gives a sense of its size and sweep, and shows the three buildings Hall owns: (1) Cinnamon Sands, (2) the Ernden Fine Art Gallery and (3) the Lucy Cross House at 401 Commercial, named for her grandmother. Lucy’s daughter Mary, also referred to as Maria da Cruz, married Preston Grant “Pat” Hall (1908-1991). Together, they ran the Souvenir Shop at 286 Commercial Street; a guest house known as Preston Hall, in addition to Cinnamon Sands; a shop called the Gift Box, on the site of what is now the Ernden gallery; and Pat’s Parking Lot.

Ernden was founded in 1994 and opened here in 2002. Dennis Costin is the gallery director. According to the assessor’s records, the current structure at No. 397 was built in 1975. 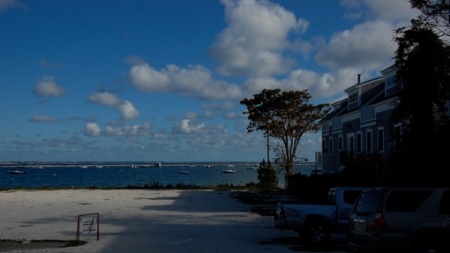 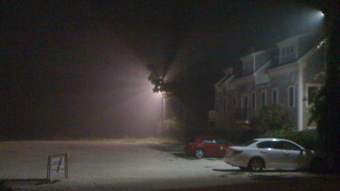 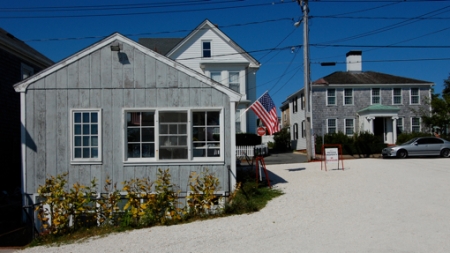 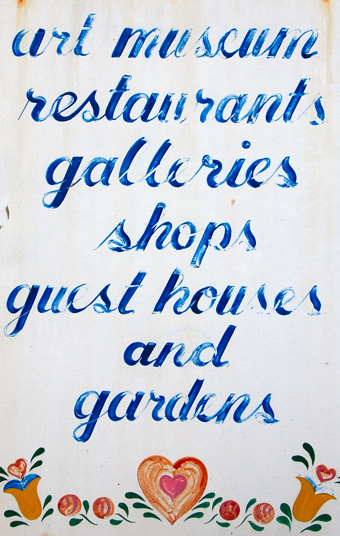 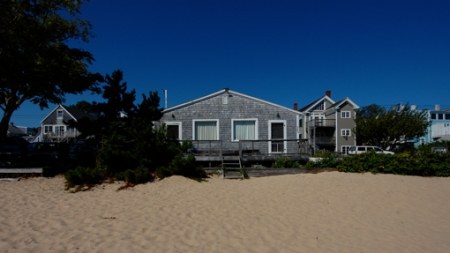 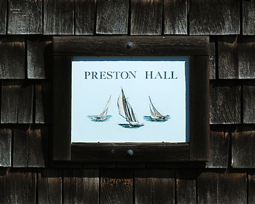 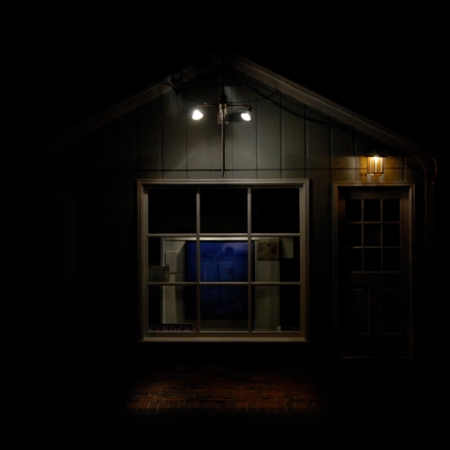