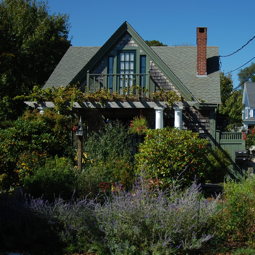 Capt. Joseph S. “Pilhasca” Captiva, skipper of the Elmer S., and his wife, Pauline (Gaspa) Captiva (±1890-1954), made this their home, beginning in 1944. His nickname is basically untranslatable in English, but two approximations are “devil may care” and “hurrah for me and to hell with the rest of youse guys.” It was also the name of his son’s 60-foot dragger, Pilhasca. Captiva retired to Olhao, Portugal, keeping company in the early 1960s with Capt. Manuel Zora and Capt. Joseph Thomas. The Captivas’ daughter Pauline married John J. Leonard Jr. (b ±1914) and continued living in this house, which she acquired in 1958, at least through the mid-1960s.

One thought on “426 Commercial Street”