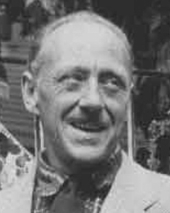 The eastern gateway to Kiley Court was where the first of the shops was situated that made up Peter Hunt’s Peasant Village, also known as Peter Hunt’s Alley. The small building that has most recently housed Gary Marotta Fine Art is recognizable in a photograph taken more than 70 years ago for an article about Hunt — the Martha Stewart of the 1940s — in Life magazine, “Made-Over Junk.”

Hunt (1896/8-1967) and Provincetown were made for one another. A folk artist, furniture decorator and self promoter, Peter Hunt of New York — in fact, Frederick L. Schnitzler of New Jersey — was above all a fabulist, a Harold Hill, managing to persuade the public that anyone could reinvigorate household junk into something beautiful with just a few deft brush strokes and a smile.

“Tackle it lightheartedly. Have fun doing it. Put some humor into it.” These were the Hunt watchwords. He instructed an ever widening audience how to take “those golden oak dining table atrocities,” as The New York World Telegram referred to what sound like serviceable pieces, and turn them into whitewashed, marbleized, multicolored, primitivistic billboards. The results, from his capable shop, were exuberant, inventive, charming, and — yes — fun (though one shudders to imagine what damage was wrought to America’s artistic patrimony by his followers). That wasn’t the only key to his success. His timing was superb, too. He was preaching to a generation accustomed to the deprivations of Depression and the shortages of wartime how to brighten up and change the look of their homes at minimal expense.

He wrote three books, Peter Hunt’s Workbook, Peter Hunt’s How-to-Do-It Book, and Peter Hunt’s Cape Cod Cookbook. He decorated for Helena Rubinstein, who was not known for having to hoard her pennies. He worked on the Cape Cod Room at the Drake Hotel in Chicago. He partnered with E. I. du Pont de Nemours & Company, for whom he wrote the brochure Transformagic: How to Transform Old Furniture.

And he and his satellite craft operations dominated Kiley Court through the 1940s. “Up the street a way from my house is Peter Hunt’s Peasant Village, a fantasy which some people call an antique shop,” Mary Heaton Vorse wrote in Time and the Town. “It is unlike any other shop in the world, for here Peter has loosed on barrel, table and chair his unbridled decorative fancy. Surely so much gay imagination has never been squandered on furniture and furnishings.”

The story doesn’t end happily. As the 1950s progressed, Americans were once again able and eager to buy new goods, rather than having to recycle the drearily familiar past. In 1951, Hunt left Provincetown and Peasant’s Village for Orleans, where he gave it another go in Peacock Alley. Lynn C. Van Dine, the author of The Search for Peter Hunt (2003) and of the Peter Hunt & Peasant Village Web site, wrote:

In the end, Peter Hunt was undermined by his own success. His designs so saturated the market, collectors and discriminating buyers eventually lost interest. His fondness for self-indulgences soon depleted his fortune. As his money evaporated, so did many of his friends. He died alone in a tiny, three-room cottage.

Richard Lischer restyled the complex Poor Richard’s in the early 1960s and, in 1967, opened the Buttery (also known as Poor Richard’s Buttery), a restaurant specializing in crepes. It was still doing business in the late 1970s.

The artistic tradition of Peter Hunt’s Alley endures to this day. Over the years, No. 432 has been home to:

• The Bangs Street Gallery, directed by Susan DePalo, in the early 2000s. 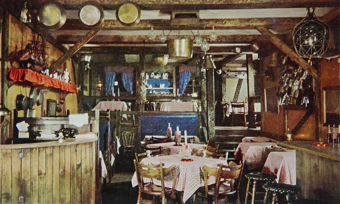 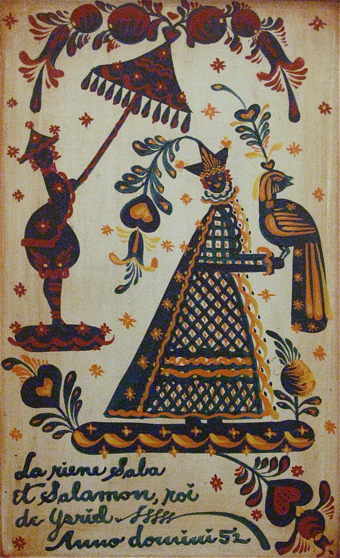 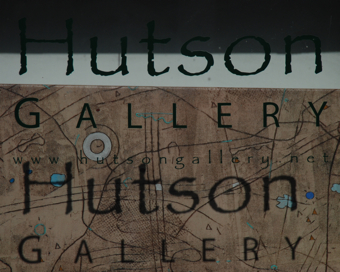 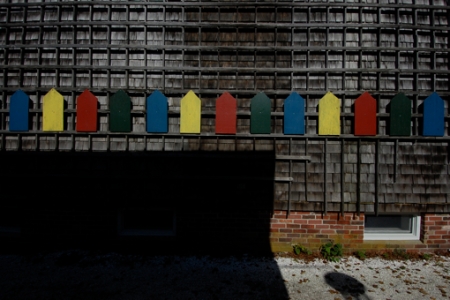