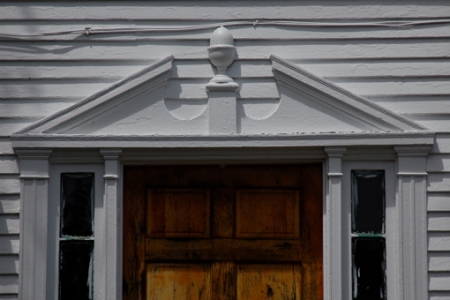 Originally the Capt. William Bush house and once known as the Ship Apartments or Tall Ship Apartments, this building has changed astonishingly little in 35 years, as two pictures below (one taken by Josephine Del Deo in 1977) clearly show. Manuel F. “Pat” Patrick and Hilda Patrick owned the Ship Apartments in the 1940s and ’50s, when the best-known resident was Francis J. “Bossy” McGady (±1897-1952), whose “Up Along and Down Along” column in The Advocate conjured every week the voice of an Irishman who had grown up as the child of an innkeeper in Worcester, played football as a tramp athlete for any number of colleges he didn’t attend, enlisted in the Royal Air Force instead of waiting for the United States to enter the Great War in Europe, joined the fledgling Massachusetts State Police and earned his nickname enforcing unpopular traffic rules promulgated by Mayor Bossy Gillis of Newburyport, then spent some time training the constabulary in Mexico before settling in at the Ship.

McGady could recall Katherine Hepburn and Bette Davis as ushers at the old playhouse, took a bit part himself in a production by the Provincetown Players and was — as you’d expect — a Beachcomber. The Advocate‘s touching tribute (3 April 1952) painted a vivid picture: “When one saw ‘Bossy’ moving slowly, like a laden cargo ship, along Commercial Street of his beloved Provincetown … there was something about him that said: ‘I’m not going fast. I’m not going far. But I’m going there.'”

In one of his last columns, Bossy recalled the history of the house: Captain Bush was a “swashbuckling, gallant, seafaring man, sort of the ‘Rhett Butler’ type, who during the Civil War became very wealthy running his ship through the blockade of Southern ports.” (He was also the uncle of Edith Linwood Bush and Dr. Vannevar Bush of 96 Commercial Street.) He built this home and a shoreside storehouse across the street, at 463 Commercial. Into this house — “which contained Provincetown’s first piano,” McGady asserted somewhat improbably — Captain Bush moved his bride, Rebecca Crosby of East Orleans. One of their four daughters, Irene Perry (Bush) Matheson (±1859-1934) married the merchant Duncan A. Matheson, whose store was housed in the Long Point school house that had been relocated over the waves to 329 Commercial Street. Matheson expanded the house and sold the house on the beach to the artist E. Ambrose Webster. Later, that property, along with the house, came under the ownership of “Pat” Patrick. 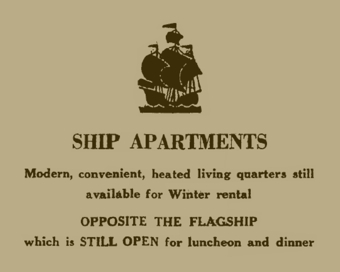 One thought on “452 Commercial Street”