Long before Angel Foods opened — I mean, long before it opened — customers came here for provisions. In the 19th century, they were ships’ crews, for this was the chandlery of E. & E. K. Cook & Company — the Cook brothers’ mighty whaling and fishing empire that collapsed overnight in 1879. 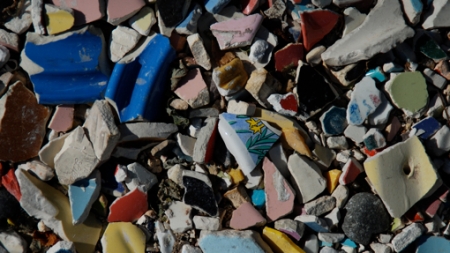 After a period in the hands of the Consolidated Weir Company, this property was purchased in 1918 by Clarence L. Burch, who had been renting it since 1904 and running it as Burch’s Market, a fixture of East End life for more than 40 years. Burch’s brother, Charles, was a well-known baker in the West End. His wife was Dorothy “Dolly” (MacKenzie) Burch, of Boularderie, Nova Scotia. Dolly’s sister, Mary Ann (MacKenzie) Bryant, was the wife of Guy Bryant and the mother of Duncan B. Bryant (d 1967), who worked for his Uncle Clarence at Burch’s.

Delivering groceries to the Sayre home in Wellfleet, Duncan Bryant met Marie-Louise Kopp (±1912-2007) of Allentown, Pa., who was working for the Sayres as a governess. They married and had three sons: Stuart, Eugene and George, who was born in 1937. In 1945, Marie-Louise and Duncan Bryant bought out the Burch interest in the store and renamed it Bryant’s Market. They also recreated it as a self-service grocery store. For a brief time, it was affiliated with the Nation-Wide Food Stores chain and was called Bryant’s Nation-Wide Market. Marie-Louise ran Bryant’s herself after her husband’s death and into the 1990s. She also ran the Bryant House at 129 Bradford Street, which her mother-in-law had established. (“Marie-Louise (Kopp) Bryant, 95,” The Banner, 25 January 2007.)

In 2000 [?], Alan Cullinane, the proprietor of Café Heaven, 199 Commercial Street, and [?] Elizabeth “Liz” Lovati opened Angel Foods, a gourmet grocery store. (In other words, the kind of place that carries several brands of good imported olive oil.) Very appealingly, they maintained the look and feel of an old-fashioned, small-town market, right down to the screen door. Like Burch’s and Bryant’s before it, Angel Foods — which stays open year ’round — is an anchor in this part of town. Its parking lot, a mosaic of broken crockery, is practically a public artwork unto itself. Lovati has been the sole owner [?] of Angel Foods since 2009. The property, however, remains in the hands of the Bryant family. 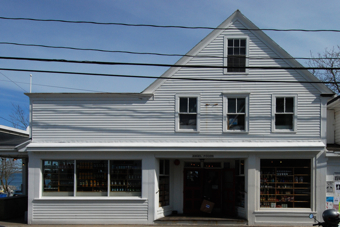 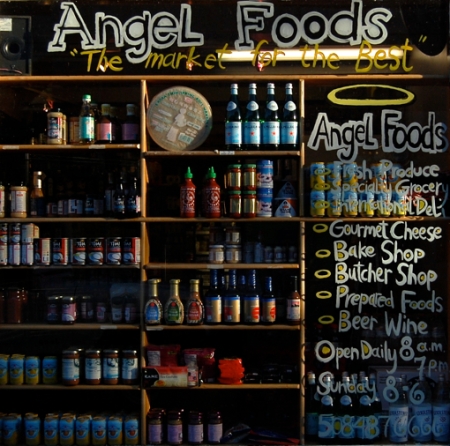 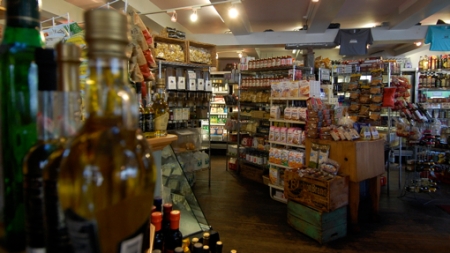