There are few hostelries in town as charming – and none as photogenic – as the Red Inn at 15 Commercial Street, which has been receiving guests for a century, and has operated under the current name since the 1910s. Sitting at a slight bend in the road, lushly planted, sharing a bit of its expansive water frontage with passers-by, it really resembles nothing so much as one of those pastel-tinted, linen-paper postcards of the early 20th century, come to life.

At the core of the complex is a house that was built in about 1805. Some sources say Freeman Atkins constructed it for his wife. Others point out that Atkins was a teen-ager at the time and didn’t marry until eight years after the house was built. That’s Provincetown history for you: just pay attention to the story you enjoy most. It’s a bit more certain that 15 Commercial Street was purchased in the early 1900s by a New York architect, Henry Wilkinson, who remodeled it and ran it as an inn with his sister Marian. (The inn’s Web site says its owner at the time was Mary Wilkinson, who opened the inn in 1915.) From 1930 through the 60s, it was run by their niece, Charlotte Wilson.

Guests have included Faith Baldwin, Andrew Carnegie, Adlai Stevenson, William Vanderbilt and Eleanor Roosevelt (who stopped for tea), according to the usually reliable Walking Tour series. Popular legend, repeated on the inn’s Web site, says President Theodore Roosevelt stayed here when he came to lay the cornerstone for the monument. However, the ceremony took place in 1907, eight years before the inn is said to have opened. And Clive Driver pointed out in Looking Back that Roosevelt spent only four hours in town. As the “Widow’s Walk,” the inn was the setting of a fateful encounter for Tim Madden (Ryan O’Neal) in Norman Mailer’s 1985 movie, Tough Guys Don’t Dance. Today, there are four guest rooms, two suites and two residences, and a refined, romantic and well-regarded restaurant. The Red House, across the road at 18 Commercial Street, used to be an annex. 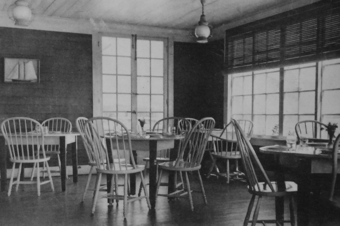 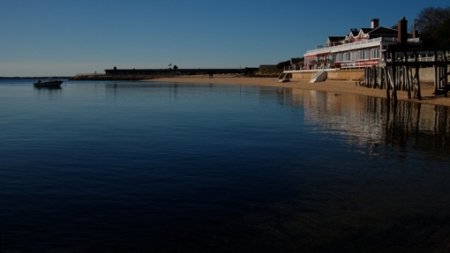 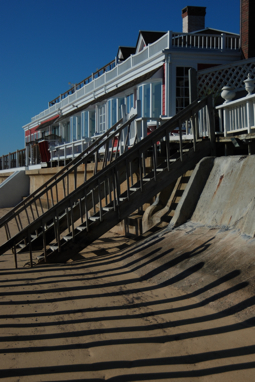 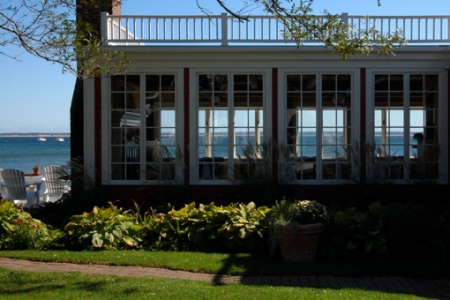 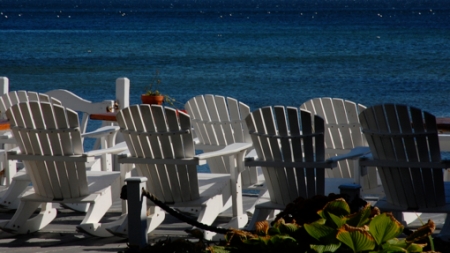 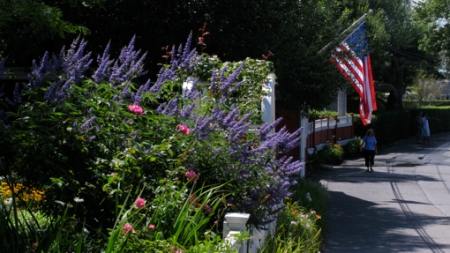 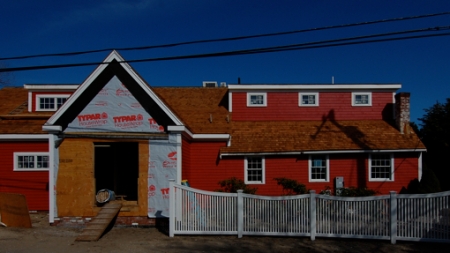