The Boatslip Resort is an ungainly but very popular venue, constructed around 1965 on the site of Grozier Park. It was developed by Reginald W. “Reggie” Cabral, who lived opposite this site, at 160 Commercial Street, in the Grozier House. (Park and house were named for Edwin and Alice Grozier, owners of The Boston Post.) The Boatslip has 45 rooms, but is best known for the 4 o’clock tea dances, which began in the late 1970s. They’re held on its waterfront deck each afternoon in summer, and on weekends into the shoulder season. A Boatslip tea dance is sine qua non on the gay social scene. The events draw hundreds. Maryalice Kalaghan (DJ Maryalice) has presided since 1994. 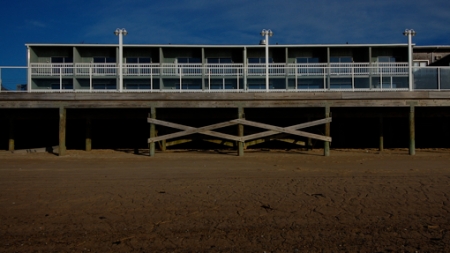 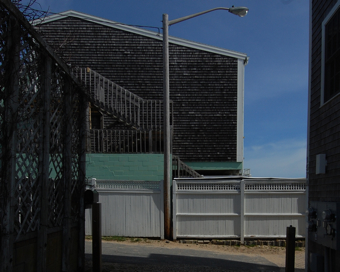 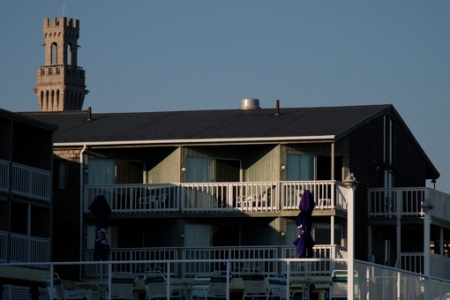