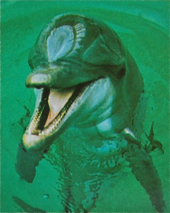 Unlikely as it may seem today, this was an aquarium in the 1960s and early 1970s: the Provincetown Marine Aquarium. Jackie, Lady and Lucky — three Atlantic bottlenose dolphins — were the principal attraction. They spent their summers in a beachfront pool that’s now covered by a deck and occupied by the Aqua Bar. But those double-P ligatures in the facade of the building don’t stand for Provincetown. They stand for Paige Brothers Garage, which this building was. Constructed in 1920-21, it was Provincetown’s first all-brick building. Paige Brothers entered the “accommodation” business in 1912 and three years later, bought three motor buses which quickly drove their horsedrawn competitors “from the highway.” Two of the buses operated well into the 1930s.

Donald Gleason and Matt Costa opened Provincetown Marine in this space in 1960. They rented and launched boats, offered storage and sold Johnson Sea-Horse outboard engines among other equipment.

In 1963, Gleason (who lived on Bradford Street) announced the creation of the Provincetown Marine Aquarium. He planned four-foot high glass tanks, some of them 10 feet long, to be installed. Gleason was joined in the venture by John M. O’Connor, biology instructor at Provincetown High School, who was the curator. In 1964, an estimated 40,000 visitors came to the aquarium. The fish on display were released into the sea after the summer season. In time, the aquarium acquired and displayed three Atlantic bottlenose dolphins — Jackie, Lady, and Lucky — and Sherry Gleason looked after them in the early 1970s. They spent winters in Grassy Key, Fla.

The building, long since decommissioned, has been known as the Aquarium Mall, the Olde Aquarium Mall and the Aquarium Marketplace. An arcade of small storefronts leads to a deck overlooking the harbor; “Walkway to the Water,” it used to bill itself, not wholly inaccurately.

• Big Daddy’s Burritos, a Mexican take-out shop that dates to 1995.

• Fortune Cookie, a Chinese take-out shop that dates to 1992.

• Human Rights Campaign Action Center and Store, selling clothing, furnishings and other merchandise emblazoned with the group’s logo, a yellow equal sign in a blue field.

• I Dream of Gelato, an ice cream parlor.

The property has been owned since 2001 by Paul DeRuyter, through the Southpoints Mashpee Realty Trust, of which he is trustee. DeRuyter was, until 2005, chairman of the Provincetown Pier Corporation. 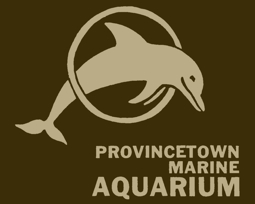 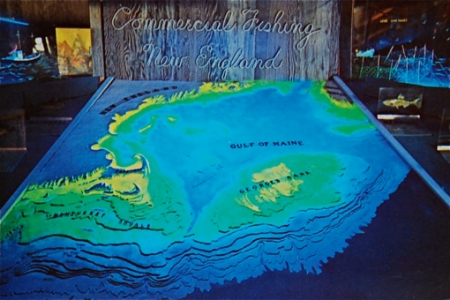 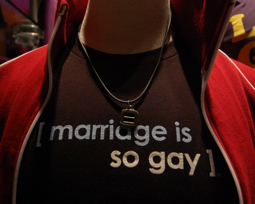 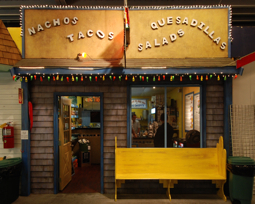 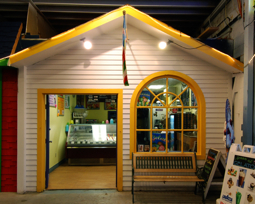