A decade after remaking the old Congregational church at 256-258 Commercial Street into the Art Cinema in 1954, George I. Shafir of New York set out to build a movie theater from the ground up: the New Art Cinema, reached through an arcade of shops housed in substantively altered older structures. (No. 214 is idenitified as a floater in the Long Point exhibit at the Pilgrim Monument and Provincetown Museum.) You can still see the juncture between old and new buildings from the alleyway. The architect was Burnett V. Vickers of Orleans, who also designed an expansion of the Provincetown Inn. The most interesting feature is the carved wood signpost, which Roslyn Garfield told me was the work of the Joan Wye (±1926-2006).

The post also carries the painted initials “BYA’02,” presumably referring to the artist that gave it a brilliant new paint job.

The shops opened in 1966 and the theater followed slightly later.

Current retail tenants include the restaurant Frappo 66, under Stephen J. Frappolli, and Donna Flax’s D. Flax clothing store, which opened in 1987. Former tenants of the complex included the Lagniappe Café and Little Deb’s Cafe. The property lot includes the adjacent 212 Commercial Street and has been owned since 1971 by the New Art Realty Corporation, headed now by Benjamin deRuyter. A new housing complex has recently been built in the rear of the property. 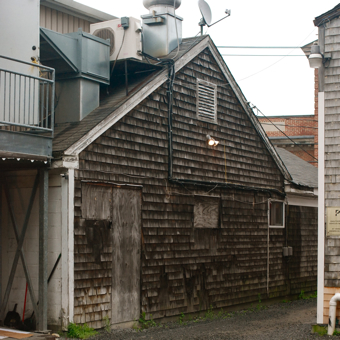 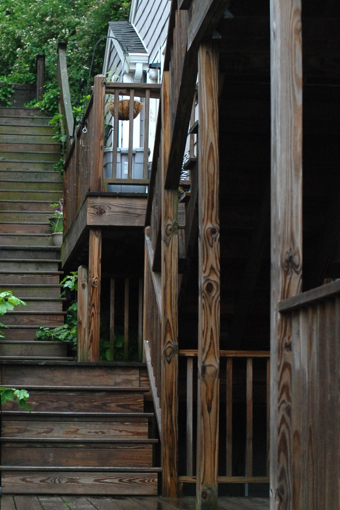 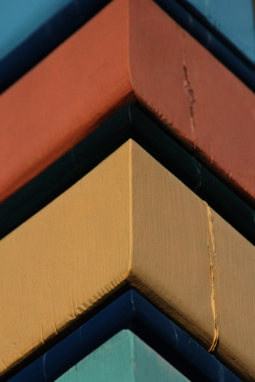 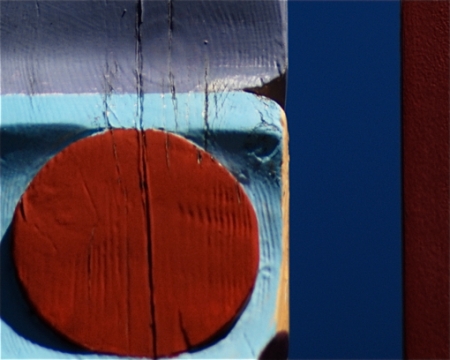