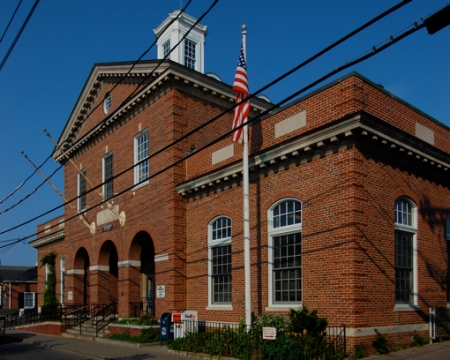 Even more than the grocery stores (after all, some people shopped at the A & P while others shopped at the First National), the Post Office was Provincetown’s commons, its Rialto, its great public meeting ground. But it is not untarnished in civic memory. The Post Office was the site in 1949 of a dreadful tragedy, when the town’s well-respected postmaster, William H. Cabral (b ±1900) accidentally shot and killed James “Jimmy Peek” Souza (b ±1930), a rambunctious youth whom Cabral was merely trying to frighten with his Army revolver. The extent of Cabral’s moral liability was a subject that pitted citizens against one another bitterly. And even if those memories have now softened, the Post Office itself still bears a scar from the shooting.

Construction was begun during the Great Depression, under the Hoover administration, as part of a government program designed to “furnish many convenient jobs to the needy.” It was envisioned as a kind of small-scale federal building. (“Work on New Post Office to Begin Soon,” The Advocate, 3 March 1932.)

The Coast Guard office will occupy the second story of the edifice. A cupola will be built for the Coast Guard office to use as a watch tower. An electric lantern will always be lighted on this tower during the night time. Other government offices in the building will be the U.S. Custom Office and the U.S. Public Health Service.

The cornerstone, from 1932, credits James A. Wetmore as the supervising architect, but Wetmore did not design the building. Indeed, he designed no buildings. And yet, as a Time magazine article said in 1934, his name “is carved on the cornerstones of more post offices, customs houses, federal court houses and office buildings than that of any other U. S. citizen.” That’s because he was Acting Supervising Architect of the Treasury Department from 1915 to 1934 and, Time said, “Through his offices … have passed all the plans for all the buildings in the greatest building program in which the U. S. Government has ever indulged” — some 2,000 in all, including this one.

The Post Office moved here from its cramped quarters at 255-257 Commercial Street. The property is owned by the United States Postal Service and carries one of the highest assessments in town: $4.27 million as of 2011. 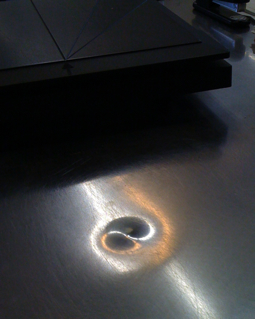 On 7 March 1949, 19-year-old “Jimmy Peek” (or “Young Jimmy Peek,” since his father was known by the same name) arrived at the Post Office with a delivery of fish for one of the clerks. The Advocate described what happened next. (“Accidental Shot Kills James Souza,” The Advocate, 10 March 1949.)

He saw Postmaster Cabral bending over the drinking fountain and swung his arm as though to throw a pellet of tinfoil at him and ducked out of sight. Evidently to scare the youth, Mr. Cabral picked up a revolver and as he lifted it the weapon discharged. The bullet glanced off the thick sheet of steel on the counter of the parcel post window, plowed through the edge of the hardwood framework and struck the youth in the left chest, near the heart. He managed to reach the exit but fell on the portico and died within 15 minutes.

Compounding the tragedy, in The Advocate‘s eyes, was that Cabral had been one of the few adults around town who had made an effort to understand and befriend Souza, a “harum-scarum youth.” (“When Tragedy Strikes,” The Advocate, 10 March 1949.)

In our own time, besides all the other forces acting to undercut the Post Office’s role as a community center, it lost much of its front staircase — “Provincetown’s unofficial downtown park bench,” as The Banner called it — to accommodate a ramp that was to make the building more accessible. (“Golden Era of Post Office Step Sitting Ends,” The Banner, 17 October 1996.) 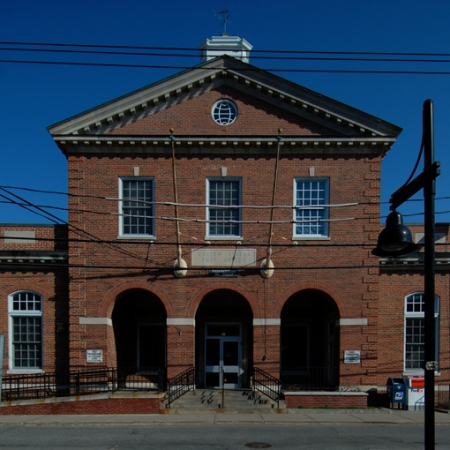