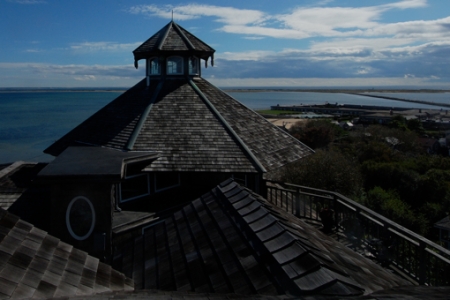 If the architecture of the Red Inn epitomizes the town’s genteel past, Land’s End Inn — owned and operated through 2012 by Michael MacIntyre — represents the wild and wonderfully woolly. Though it has the address of 22 Commercial Street, this Shingle-style, tchotchke-and-craftwork-stuffed polygonal hulk is actually perched crazily atop Gull Hill. Its builder, Charles Lothrop Higgins, was a Provincetown native, descended through his mother from Peregrine White, a Pilgrim. He has been described as a Boston haberdasher, a world traveler, a lecturer, a lifelong bachelor and — as is obvious from the Bungalow, the summer house he constructed on Gull Hill — something of a nonconformist.

Higgins purchased the property in 1903, according to the inn’s own historical narrative, and built the Bungalow the next year. Its 24 rooms, some of them teak-paneled, contained Asian art and antiquities. At one time, the Higgins property extended across Commercial Street to the beachfront. The main house could be reached by scaling the hill.

After Higgins died in 1926, the Buckler family converted the Bungalow into the Lands End Tea House, which was operating in the early 1930s. By the late 30s, it was known as Lands End Inn (without the apostrophe). Among the guests in this era were Rabbi Stephen Wise, a leading progressive leader whose legacy includes a prominent New York synagogue named in his honor. The Bucklers sold to Jules Norman and Harold Lague in 1955. Around this time, a driveway was paved to the main house from Point Street. The new owners added heating.

David Schoolman took over in 1972. He greatly expanded the building, adding the second tower to the West End skyline, and added to the collection of artifacts within. It was by now such an icon that it was given a strong supporting role in the 1995 comedy Lie Down With Dogs. Several key scenes early in the movie were filmed there. In fact, it’s not much of an exaggeration to say that Land’s End is one of the best things about the movie. After Schoolman’s death in 1995, the inn was owned by the David Adam Schoolman Trust. The sale of the property in 2001 provided income to the trust that it turned around to invest in the development of theater in Provincetown; most notably with a $750,000 gift toward the construction of the Provincetown Theater at 238 Bradford Street.

MacIntyre and his husband, Bob Anderson, developed the Brass Key in Key West, Fla., and expanded the Brass Key at 67 Bradford Street. They bought Land’s End in 2001 and refurbished it anew. Air-conditioning was added, decks were expanded, the gardens were rehabilitated and the landscaping of the grounds was completed to plans that had been devised by Schoolman. Anderson died in 2004, at the age of 47. Speaking the two Brass Keys and Land’s End, The Banner said in his obituary, “His sense of style, business acumen and dedication to superb service made these properties among the most widely acclaimed in the country.”

In December 2012, MacIntyre sold the inn to Eva and Stan Sikorski, as he noted in a comment to Building Provincetown. All three are pictured in the photo gallery below. ¶ Updated 2013-02-13 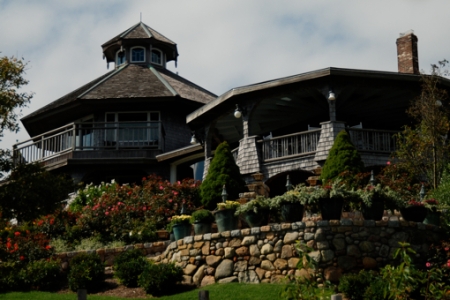 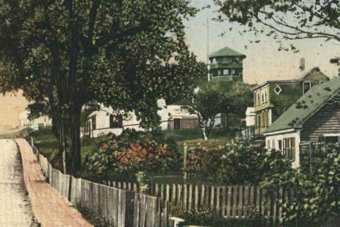 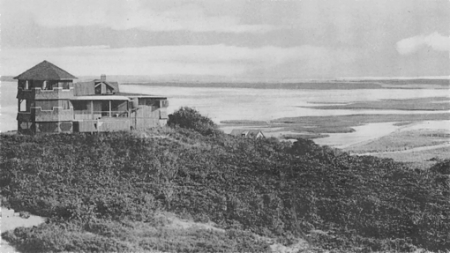 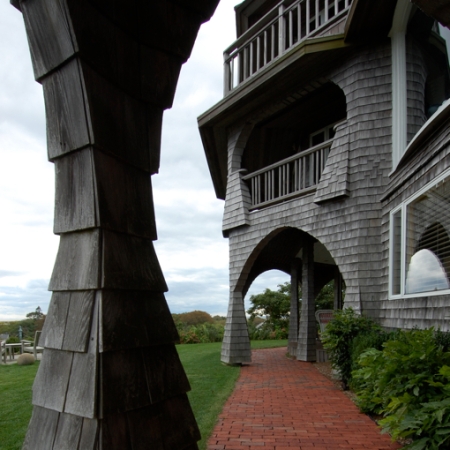 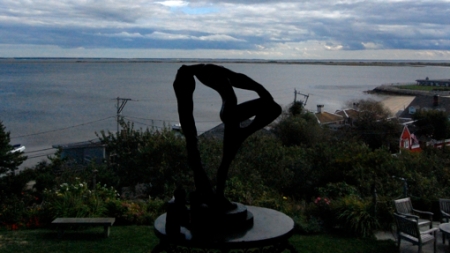 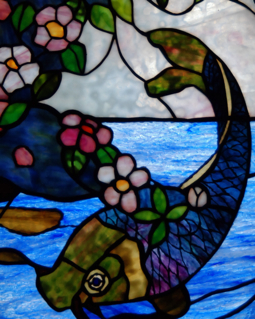 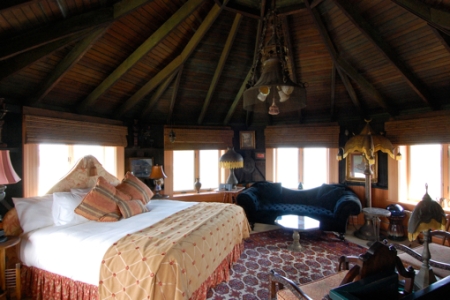 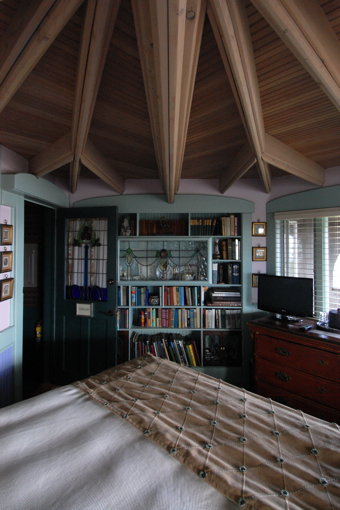 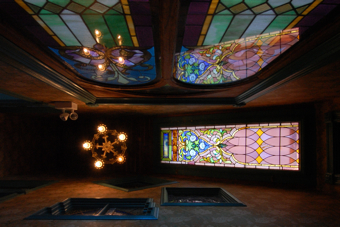 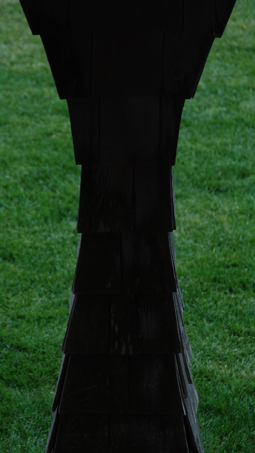