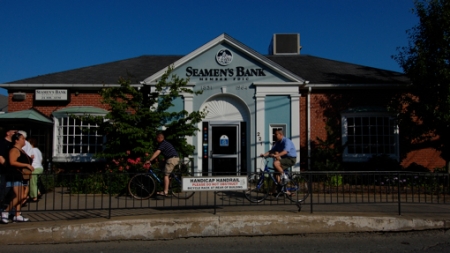 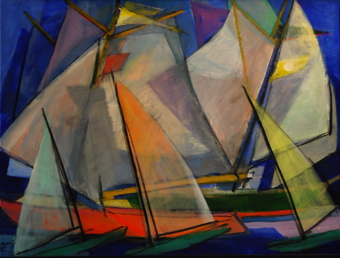 How many Provincetown guides tell you to go into a bank? Well, please do go into this one. Seamen’s Bank is interwoven in town history, through its banking and lending policies, its corporators, and its philanthropic presence. None of that is especially evident when you step inside its modest headquarters. What is obvious, however, are paintings by some of the town’s leading artists, most of them related to fishing and the sea. Not all of it is first-rate, but even lesser works carry deep significance. The bank has, for instance, kept alive the memory of the three draggers that were lost at sea in recent decades — the Patricia Marie, Cap’n Bill, and Victory II — in paintings by J. Mendes.

Known for much of its history as the Seamen’s Savings Bank, this is a mutual institution, not a commercial one — operated for the benefit of its depositors rather than stockholders, of which there are none. It was founded in 1851 by an act of the legislature signed by Governor George S. Boutwell. The first presidents were John Adams, David Fairbanks, and Lysander N. Paine. The bank started in the Union Wharf store; then moved across the street to the Union Exchange Building, 90 Commercial Street; then to 274-276 Commercial Street, where Cabot’s Candy and the Shell Shop are now.

In 1963, when William F. Silva was the executive officer and treasurer, the bank purchased the old Cape Cod Garage for its new headquarters site. This building opened on 13 October 1964 when Jeanne “Frenchie” Chanel, one of the more renowned members of the dune shack community, made the first deposit: $13. (The bank currently carries deposits of roughly $250 million.)

Besides its mere survival as a mutual institution, Seamen’s also distinguishes itself from most modern banks by embracing its heritage and its localism, rather than seeking to hide behind a meaningless abstract logo and neologistic corporate name. That attitude carries over to the headquarters building, rich in local art and ephemera, like the signature cards that Eugene O’Neill and Mary Heaton Vorse had on file with the First National Bank of Provincetown.

Behind the tellers’ counter is a 1964 portrait of Silva by Samuel Edmund Oppenheim (1901-1992), who had studied under Charles Hawthorne. With respect, however, that is the least of the artwork. There are substantial pieces here by Henry Hensche (1899-1992), Salvatore Del Deo (b 1928), Ciro Cozzi (b 1921), Nancy Whorf (1930-2009), Ada Rayner (1901-1986) and Charles Kaeselau (1889-1970), among others. It is telling that the painting by Del Deo that the bank chose for the cover of its 2010 annual report — Manuel, Doryman — was also included in The Tides of Provincetown exhibition. An interesting contrast to the Colonial Revivalism of the front facade is the abstract stained-glass window in the board room at the back of the building, facing the water. It is by John F. Knight, who operates the Glass Eye gallery in Eastham, where Seamen’s has a branch — as it does in Truro and Wellfleet. 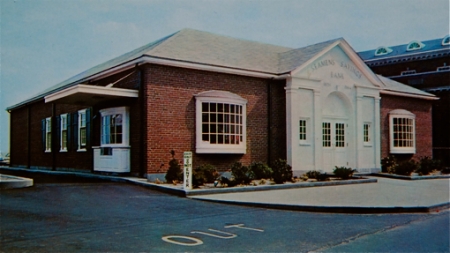 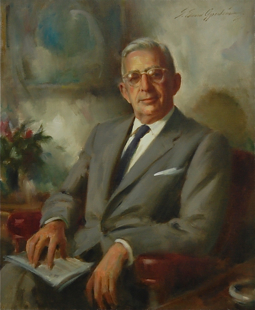 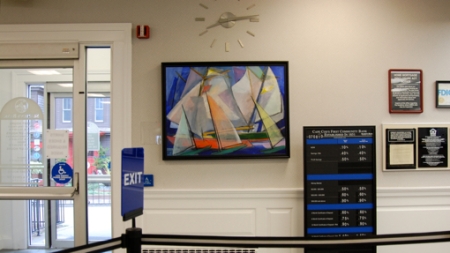 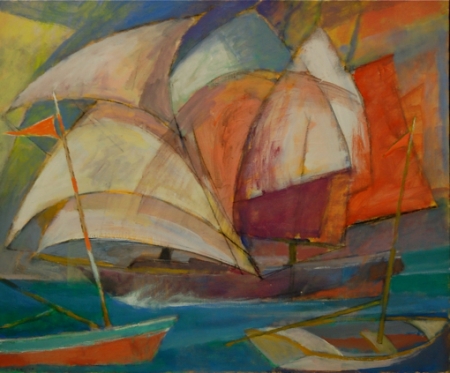 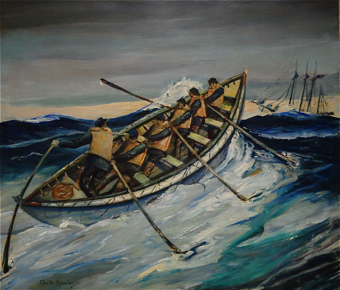 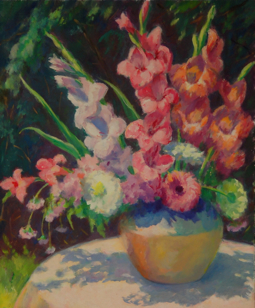 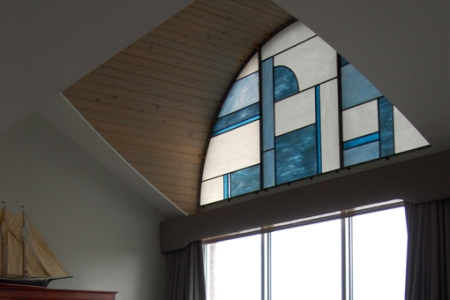