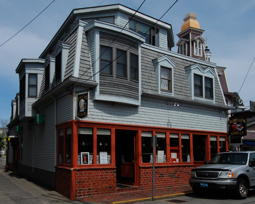 Built in 1880 in Second Empire style, this was once the Provincetown Five & Ten Cents Store. It was the Seacomber Restaurant in the ’40s, staying open until 2, offering “night owl specials,” sharing space for a time with the Taffy Box gift shop, which specialized in wild beach plums and beach plum jelly. The building has been owned since 1987 by Theresa M. Vorelli (b 1935) and is home to Vorelli’s Restaurant, a steak house. Offered for sale in 2008 for $2.25 million, 226-228 Commercial Street was described as having four apartments upstairs and an owner’s penthouse on the third floor. 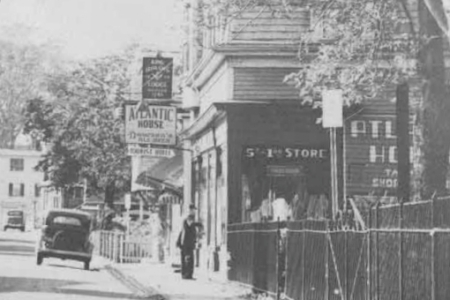