New Cemetery
On the east side of Cemetery Road, opposite — and virtually indistinguishable from — Town Cemetery, there are two burial grounds that were once privately owned. They are now municipally run and sometimes referred to collectively as the New Cemetery. The former Hamilton Cemetery, toward the north end of the road, has only 92 lots. (And no Hamiltons). Much larger, the former Gifford Cemetery surrounds Hamilton like a fat L. It has 251 lots and at least 27 Giffords, including the namesake of the Gifford House. By far the most important monument in either commemorates Provincetown’s fallen in the Civil War.

Three hundred men from Provincetown went off to fight the Confederacy. Eighteen did not return. They are memorialized by a richly ornamented obelisk — “Erected by the Town of Provincetown in 1867, in gratitude to the memory of the fallen, who sacrificed their lives to save their country during the Great Rebellion of 1861 – 1865.” Beneath a draped urn, a high relief on the face of the shaft depicts the interlocking emblems of warfare on sea and land: a square-rigged sail, an anchor, crossed swords, rifles, cannons and cannon balls. The names of the dead are inscribed. One in particular stands out, having perished during the important Battle of Hampton Roads. 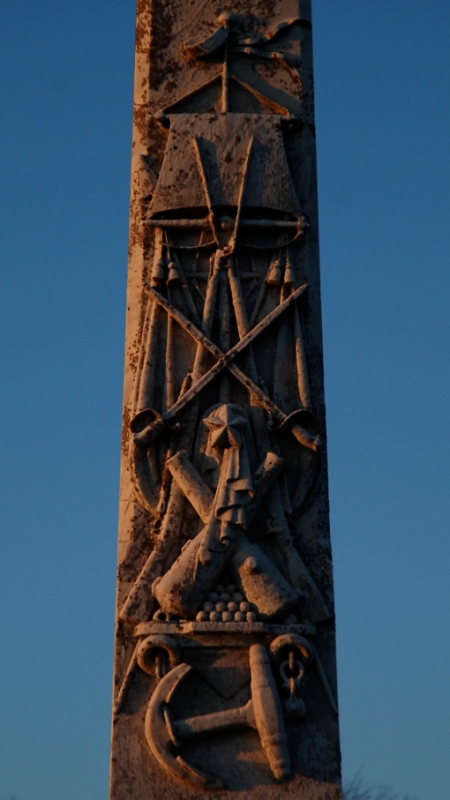 Josiah Cutter Freeman, 34, whose father was the keeper of the Long Point light, served in the Navy aboard the U.S.S. Cumberland, a large wooden sloop. She was in the critical Hampton Roads waterway near the mouth of the Chesapeake Bay on March 8, 1862, helping enforce a Union blockade of southern ports, when the Confederate ironclad Virginia (also known as the Merrimac) appeared. Withstanding heavy fire from the Cumberland, the Virginia managed to ram the Union ship on the starboard side and sink it. The next day, the Virginia faced the U.S.S. Monitor, another ironclad. Though their duel was inconclusive, their engagement was noticed around the world. The age of all-wooden warship had ended.

Of course, Freeman was by no means the only man to have died heroically at sea. Capt. David H. Atkins was in charge of the Peaked Hill Bars Life-Saving Station in 1880 when the sloop C. E. Trumbull ran aground. Atkins and two surfmen perished trying to rescue her captain and pilot. His is an exceptionally distinguished monument with a large, deep carving of a fouled anchor, which proclaims Atkins has having “sealed his fidelity to duty with his life.”

Another captain in the Life-Saving Service, William Chester Sparrow, is memorialized by a small bronze plaque on a rock, as is his wife, Mary Evelyn (Williams) Sparrow. As a Mayflower descendant, she formed the Research Club of Provincetown in 1910, working with Gertrude De Wager and Grace F. Hall. That group, in turn, established the Historical Museum that was once housed in the Lancey House. Mrs. Sparrow died in 1961, just shy of her 99th birthday, having lived through much of the history that the museum records. 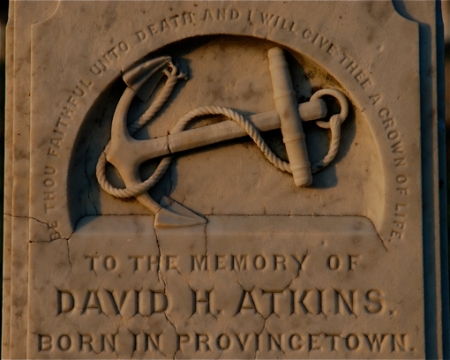 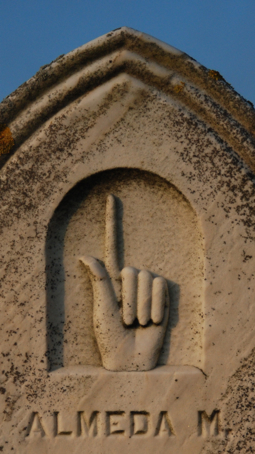 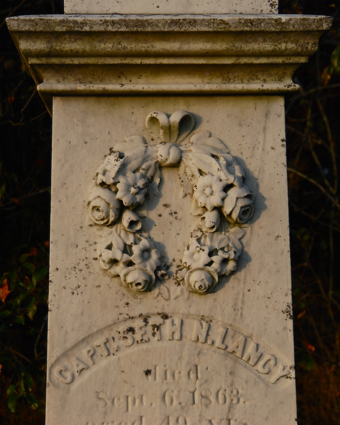