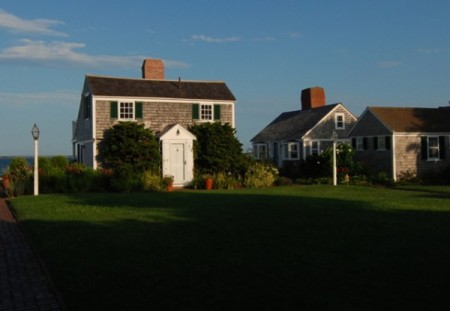 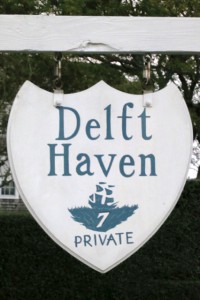 Named for the Pilgrims’ embarkation port in Holland, the pretty cottage colony of Delft Haven was begun around 1934 by Ralph Carpenter, retired general manager of the Caribbean Sugar Company of Manopia, Cuba, who lived at 11 Commercial. Carpenter was among the first hosts to offer amenities like full bathrooms. An early brochure said patronage was “restricted.” That probably meant Jews were unwelcome, though Carpenter would have gladly excluded homosexuals, too. Delft Haven sits astride the road, with compounds at No. 7 and No. 10. Under the ownership of Peter Boyle, it became an early condo association, in 1977. (Bayberry Bend, 910 Commercial, was the first.) Delft Haven was the setting of the annual White Party starting in the 1980s when Ken Kruse and Don Cote lived there. White costumes only; anything else goes. Had he lived to see the day, Carpenter would have turned white as a ghost.