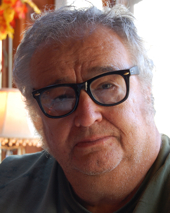 If Provincetown has a maritime museum, it’s probably spread across the front yards of these abutting homes, owned by Paul C. Mendes and Victoria (Andrews) Mendes, where a remarkable collection of maritime and historical memorabilia is on permanent display. Paul Mendes’s mother, Leona L. (Corea) Mendes, lived at No. 45 until her death in 2009. She and her husband, John Deus Mendes, operated the Long Point View Guesthouse at 6 Johnson Street for an astonishing 55 years, from 1946 to 2001. After it closed, Leona Mendes moved here, where she lived with her brother, John C. Corea, the former commander of Station Wood End and Station Race Point, and the town assessor for 18 years.

Paul Mendes, who served in Vietnam as a Marine, was a Provincetown police officer from 1970 to 2000. Since 1995, he has done business cleaning out houses, basements, attics and yards, preparing properties for sale or disposition. Victoria Mendes’s father, Joseph Andrews, was one of the town’s leading boatwrights. With that heritage, and a native interest in town history, Mendes has collected anchors and chains, mooring buoys, bollards, cannons, ship’s wheels, portholes, lobster traps and at least one yard arm.

Plus one minor artistic masterpiece: a pair of bronze plaques designed and fabricated in 1947 by the sculptor William Boogar (1893-1958) as part of a new landscaped setting for the Pilgrims’ first landing marker, near the foot of the West End Breakwater. Each plaque was topped with a winged cherub under which were inscribed two lines from the final verse of the poem Landing of the Pilgrim Fathers by Felicia Hemans: “Ay, call it holy ground, / The soil where first they trode. / They have left unstained, what there they found — / Freedom to worship God.”

When the landscaped area was demolished in the mid-1950s to make way for the expansion of the Provincetown Inn, the plaques seem to have disappeared from view — and from public consciousness. In his 2004 anecdotal history of Provincetown, Looking Back, Clive Driver said they couldn’t be accounted for. It turned out, however, that Mendes had salvaged them from one of the houses he was paid to clean out. (He won’t say whose.) Though he had no idea exactly what they were, he could plainly see they had artistic value and — at the suggestion of his uncle, John Corea — he mounted them alongside one of the anchors in his yard.

That’s where I found them in 2009 when I was walking along Captain Bertie’s Way, taking pictures for Building Provincetown. I recognized the plaques almost instantly because Driver had described them in detail. To say that I was astonished is an understatement. When Mendes and I met in person in 2010 to talk about working together on Building Provincetown (over flippers and linguiça at Michael Shay’s), the subject of the Boogar plaques came up. He quickly resolved to donate them to the Pilgrim Monument and Provincetown Museum and, good as his word, turned them over in person to the director, James R. Bakker, just two weeks later; an event chronicled in The Banner and its associated Web site, Wicked Local. (“Photo Gallery: Pieces of Provincetown’s History Rediscovered,” The Banner/Wicked Local, 15 October 2010.)

So the Mendes yard is a little bit emptier these days, but still worth a visit for anyone who cares about the town’s seagoing past. 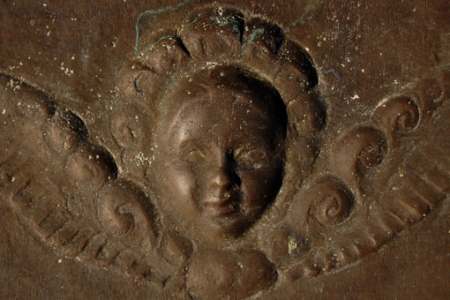 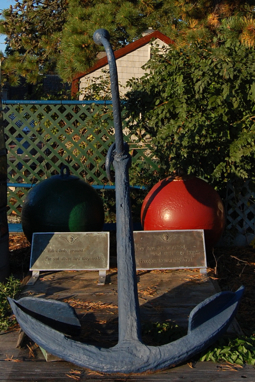 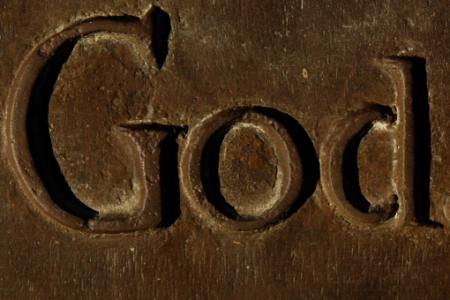 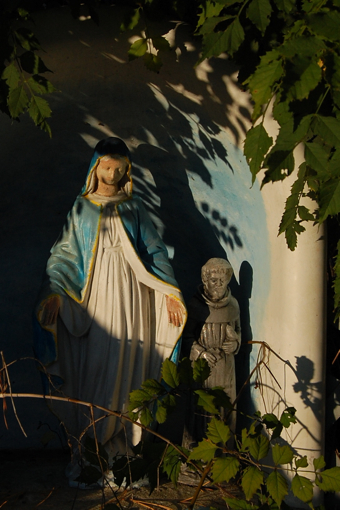 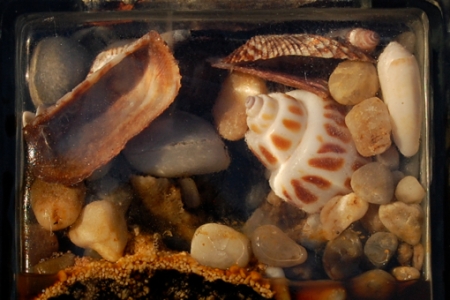 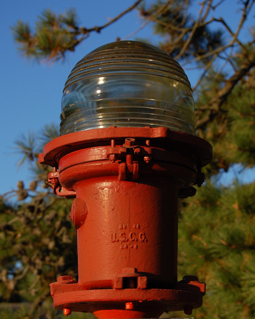 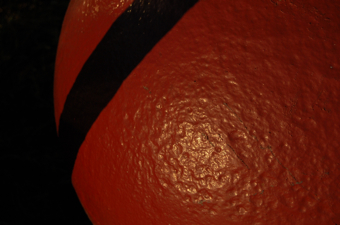 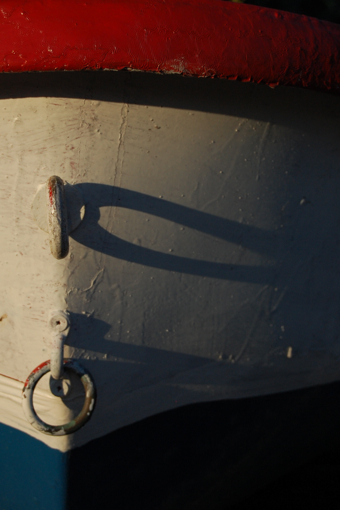 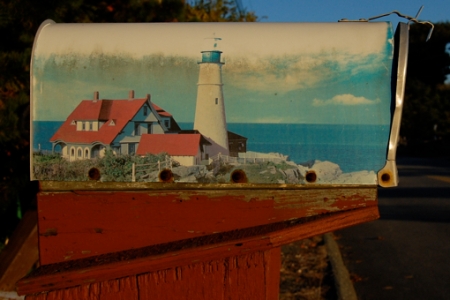