The irregular border between town and common lands was marked at 15 intervals by tall granite markers, or bounds. Some can still be seen, incised with the legend “STAT. 1893 CHAP. 470” on one side and “P. L.” on the other, together with a letter designation.

The minor detail that the state held title didn’t deter the fine people of Provincetown (established within the Province Lands in 1727) from occupying and conveying properties. The state periodically reasserted its claim to the overall town, declaring in 1854 that “no adverse possession or occupation … shall be sufficient to defeat or divert the title of the Commonwealth.” Such measures didn’t clear up the confusion but did aggravate despoliation of the unsettled areas of the Province Lands, since no one knew who was responsible for what.

Reality was at last codified in the Statutes of 1893, Chapter 470. This effectively split the settled town of Provincetown from the 3,200-acre area north and west of the town, which remained Province Lands.

More bounds than these must still exist, but here are the ones I’ve found so far:

The easiest one to see is at the entrance to the National Seashore on Province Lands Road, just behind the National Park Service sign. 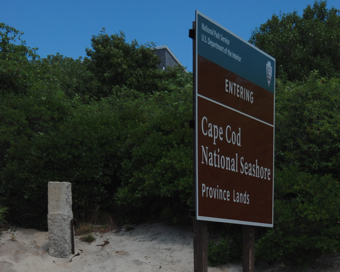 The next easiest to locate is in the side yard of 111 Race Point Road. As the photo below shows, it’s quite close to the road.

Walk north on the fire road off Route 6, near Shank Painter Road. A fairly short amble will you bring you to this bound. 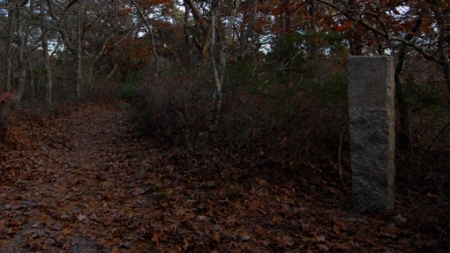 This can be found on the fire road leading north from Route 6, near Herring Cove. Navigational instructions are a bit too complex to admit a quick summary, but you want to take the road that will get you close to the south shore of Clapps Pond. The bound stone is at a turn in this road. 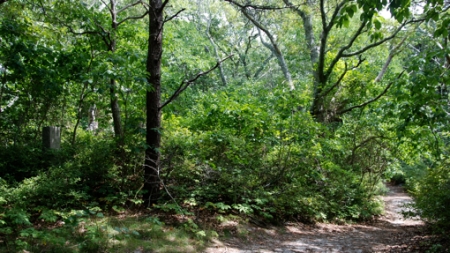