More than 300 acres were taken out of the Province Lands to permit construction of the Provincetown Municipal Airport (PVC), a project begun in 1947. Burns & Kenerson were the original architects. The single runway — 7/25 — is 3,500 feet long. The first scheduled flights to and from Boston, operated by John C. Van Arsdale (1919-1997), began in late 1949 on Cessna Bobcats.

A one-way fare was $6.95 and tomatoes grew outside the main hangar. The well-connected Van Arsdale (he often piloted Kennedy during his days in Congress) managed the airport, operated sightseeing flights in a yellow 1930 Stinson Detroiter and held the air-mail contract for Provincetown.

But his greatest legacy was Provincetown-Boston Airline, which emerged in 1949 from his Cape Cod Flying Service. The most prominent aircraft in PBA’s fleet was the workhorse DC-3, whose turning ratio dictated the layout of the taxiways. To balance seasonal ebb and flow, Van Arsdale began operating Naples Airlines in Florida in 1957, deploying PBA’s Cape Cod fleet south in wintertime. His sons, John Jr. and Peter, expanded PBA into the largest commuter airline in the United States.

Thirty-five years of progess abruptly ended in September 1984, when an improperly fueled plane crashed en route to Tampa, killing one passenger. This was PBA’s first fatal accident, but the F.A.A. briefly revoked its operating certificate. On Dec. 6, days after flights were allowed to resume, a PBA turboprop crashed in Jacksonville, killing 11 passengers and the two-man crew. That was the beginning of the end. PBA filed for bankruptcy, changed hands several times and operated its last flight in 1988.

The next year, Cape Air, founded by Daniel A. Wolf, stepped in. It has provided the critical link to Logan ever since, with up to a dozen flights daily on its 10-passenger Cessna 402s. It also runs the airport.

The terminal was renovated in 1998, to designs by TRA-BV. Sightseeing service is ably offered by Russ Kimball and Roger Putnam of Race Point Aviation. The Michael A. Leger Memorial Sightseeing Shack commemorates a former airport commission chairman. An armillary sphere outside, designed by Anita Berman, commemorates “Old Man Van.” It was installed in 1998, a year after Van Arsdale’s death. 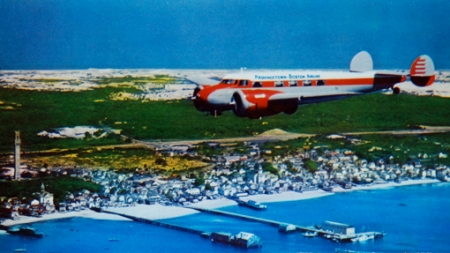 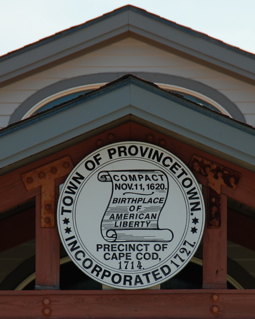