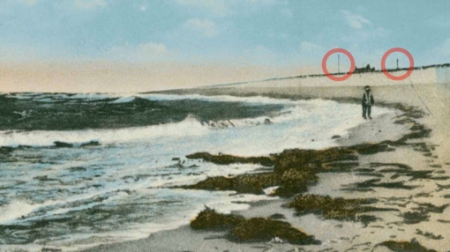 Maritime trials continued for decades off Provincetown, which — ideally for such purposes — offered deep seas close to shore. A measured mile course ran from Wood End to Long Point: three pairs of “target” towers which, when visually aligned, offered navigators a fix on the beginning, middle and end of a nautical mile.

(Herring Cove had a measured mile and measured half-mile course.) For years, beachgoers could watch some of the newest submarines, including, in 1959, the nuclear-powered U.S.S. Skipjack. But it was the S-4 whose memory lingered. 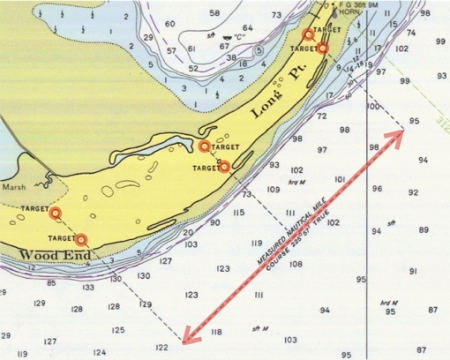