The centerpiece of Town Green — a little park with a lot of topography — is a monument to the Pilgrims. It’s titled Signing the Compact, but is better known simply as “the bas relief.” Just as Town Green is better known as Bas Relief Park. The park and the monument date from 1920, the 300th anniversary of the Pilgrims’ landfall. The splendid vista of the Pilgrim Monument is no accident. The 170-foot-wide park property, once occupied by houses, was taken by the state under eminent domain for just that purpose.

The bronze relief, 16 by 9 feet, was designed by Cyrus E. Dallin of Boston and cast by the Gorham Corporation in Providence. Nearby are a gravestone-like memorial to five Mayflower passengers who died while the ship lay in the harbor, and a tablet with the compact’s text, in which some see the earliest stirrings of American democracy, as signers pledged to “combine ourselves together into a civil body politic” that would enact “just and equal laws … for the general good.” 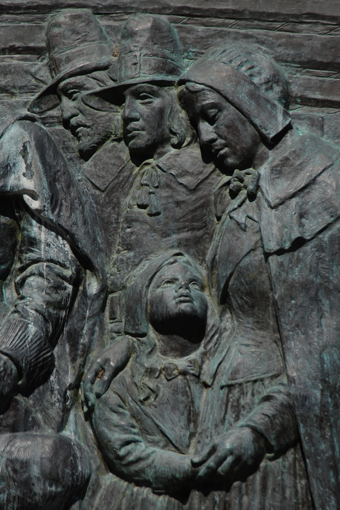 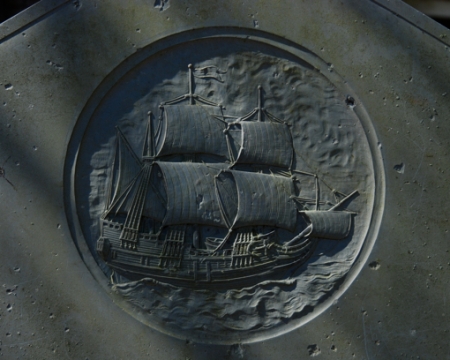