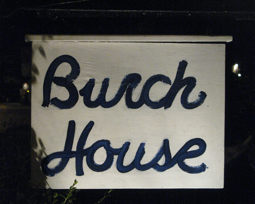 As its name suggests, the Burch House (c1840/50) was home to the Burch family for many years. It was owned by J. M. Burch in the early 20th century and occupied by Huldah Theodora (Anderson) Burch until her death in 1959. Her only child, Jean C. Nichols, conveyed the property in 1962 to Herbert R. Cronin. That year, a lodging house license was issued to Cronin. As the purposefully modest 17-room Burch House, it stressed its inexpensive, informal nature.

This is an especially fine example of Greek Revival, with a front facade of flushboard siding intended to evoke the smooth surface of a temple front. 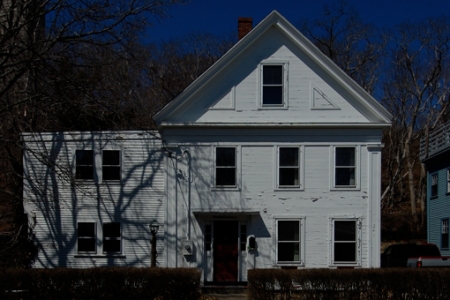