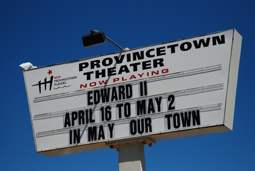 The early years saw successes, clashes, mergers, schisms, departures and deficits. But the 2010 season dawned with a well-received revival of Our Town, directed by David Drake. The Stage Manager was played by Beau Jackett, whose father was in the cast of the previous Our Town revival — 40 years earlier.