Two distinct forms of Provincetown hospitality — the guest house and the spartan motel — are combined in one operation at the Bradford House & Motel. Hotel lore says the main house was built in 1888 by Reuben F. Brown, a coal and lumber merchant, for Albina [Alvina?] Brooks, his intended wife. The firm of Lewis & Brown had its office at 227 Commercial Street. Their son, Roy F. Brown (±1889-1967), was a physician, educated at Tufts, Harvard and the Sorbonne. During World War II, Dr. Brown set up a general hospital in Sydney, Australia, that served the South Pacific theater. (“Dr. Roy F. Brown,” The Advocate, Nov. 9, 1967.)

It was also during the war that Dr. Brown and his wife, Lillian H. (Small) Brown, sold the Bradford Street house to Thomas F. and Anna (Crawley) Cote, whose father was Frank “Scarry Jack” Crawley. The Cotes operated the property as an inn and as a motel, with the addition in 1950 of a one-story wing. The Bradford House remain in the Cote family’s hands until 1988. Its flying staircase was photographed by Joel Meyerowitz for Cape Light (Plate 17). 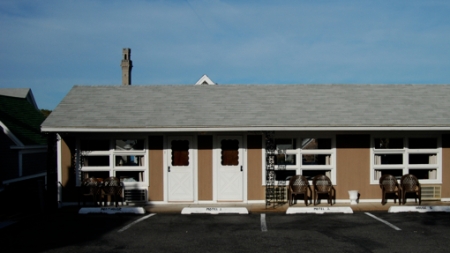 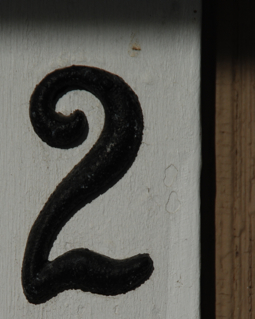