This house — a favored post card subject in the early 1900s when Nickerson Street was still a magnificent elm allée (never mind the caption that calls them willows) — was built by Elijah Doane on Long Point. Seemingly a picture-perfect slice of Americana, 3 Nickerson Street served briefly as a studio for Norman Rockwell. 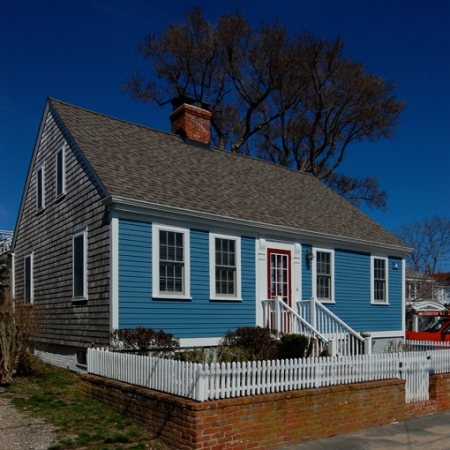 END_OF_DOCUMENT_TOKEN_TO_BE_REPLACED

Home to two whaling captains in succession, Elisha Burch and Luther P. Hatch, 4 Nickerson Street was acquired in 1932 by the artist Frances Anne (Jones) Akers (±1874-1960), an alumna of the Art Institute of Chicago, and her husband, Warren Newton Akers (±1877-1934), the assistant vice president of the Corporation Trust Company (now CT Corporation). Anne Akers’s father, Howell Jones, was director of the Atcheson, Topeka & Santa Fe Railroad and Warren Akers played an important role in national railroad administration during World War I. He died in this house at the age of 57 but Mrs. Akers stayed on at least through the 1940s, opening the place up to the annual house tours. END_OF_DOCUMENT_TOKEN_TO_BE_REPLACED 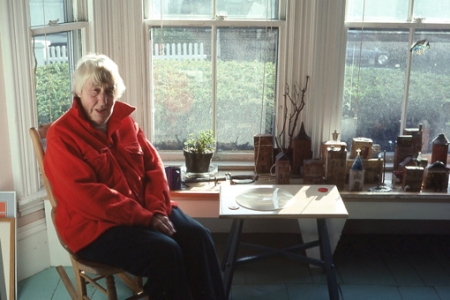 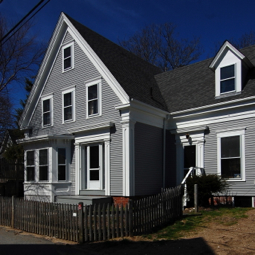 The medicinal properties of cod liver oil have long been appreciated — children’s grimacing faces to the contrary notwithstanding — and it follows that money was to be made from this elixir on Cape Cod. And that’s what Nathaniel E. Atwood did out on Long Point, where he built this house. Myrick C. Atwood succeeded him and lived in this structure after it was transported to town, joining a small colony of floaters on Nickerson Street. Its best known and best loved inhabitant, for more than 50 years, was the painter Mary Cleveland “Bubs” (Moffett) Hackett (1906-1989), pictured above. Her many admirers, among whom I count myself, see sophistication and passion in what look like naïve or primitive canvases at first glance.

END_OF_DOCUMENT_TOKEN_TO_BE_REPLACED

It’s tempting to imagine what views this delicate, if incongruous, bay window would have commanded when 6 Nickerson Street stood out on Long Point, housing Heman Smith. But that’s pure fantasy, of course, since the window is a much more recent addition to the structure. A view of the house from the driveway, however, helps you see what looks like the roofline of the original floater — under all those alterations. The property changed hands several times in the 1990s. It is now owned by James E. Watkins of Boston. • Historic District Survey • Assessor’s Online Database ¶ Posted 2013-05-20

It’s a peculiarity of Nickerson Street that none of the houses between Tremont and Bradford carry a Nickerson address, so the street numbering advances abruptly in one step from No. 6 to No. 24. John Yingling — the restaurant impresario behind Spiritus (190 Commercial), Bubala’s by the Bay (183-185 Commercial) and Local 186 (186 Commercial) — lived here in the early 1980s. • Assessor’s Online Database ¶ Posted 2013-05-20 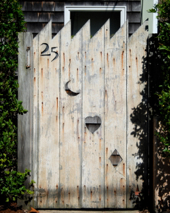 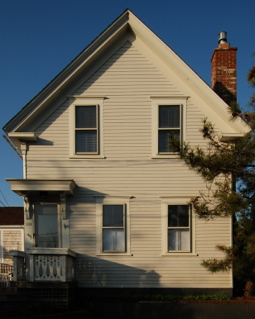 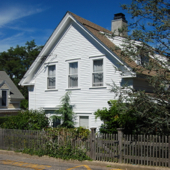 Nos. 27 and 29 were constructed, identically and simultaneously, in the 1890s, said Alice Rose Souza, who dwelled in this house at least through the mid-1970s. She was interviewed by John D. Bell for the Historic District Study Committee and told him, “My mother lived here when this was new.” • Assessor’s Online Database ¶ Posted 2013-05-21

This very modest house was acquired in 2011 by the Rogers family from the Fiset family. The next year, Patty Rogers applied to the Historic District Commission, through Mark P. Kinnane of the Cape Associates construction company, to demolish about two-thirds of the existing building and reconstruct it. Finnane explained that the roof was caving in and the building was underframed. (Minutes of the meeting, 4 April 2012.) Permission was granted. The new No. 28 emerged in 2013. • Assessor’s Online Database ¶ Posted 2013-05-21 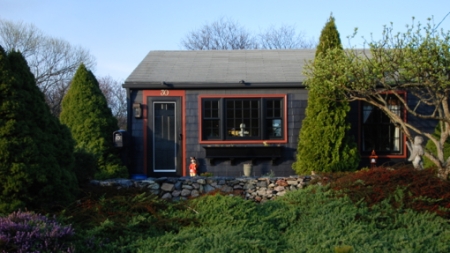 A surprising vestige of Provincetown’s agricultural economy is this former barn — cupola and all — with two smaller annexes. In 1976, John D. Bell reported to the Historic District Study Committee that the barn still had a hayloft door, under the central dormer. “This area north of Bradford Street … used to be devoted to truck farming and keeping of livestock, including dairy cows,” he wrote. This former barn sits on the higher corner of what may have been a one-acre farming property.” The problem, however, is that the structure is not shown on the street atlases of 1880 or 1910, suggesting strongly that it was moved to this location. Sigh. Another mystery to unravel. END_OF_DOCUMENT_TOKEN_TO_BE_REPLACED 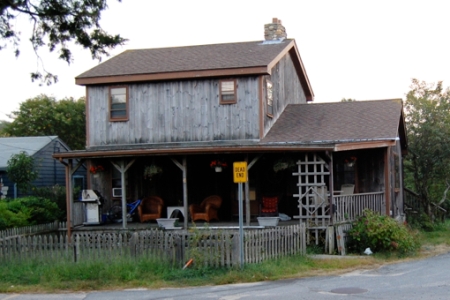 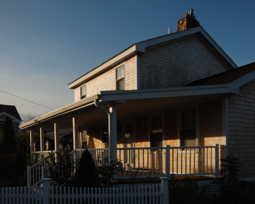 Joseph Seth Ramos (d ±1941), described by The Advocate as “Provincetown’s last old-time blacksmith,” bought this property from Edwin W. and Mary E. Southworth in 1919. Besides his smithery, Ramos was locally renowned as a slide trombonist and as manager of the Provincetown Band. (The Fourth of July concert in 1938 tilted heavily toward the work of Sousa. Imagine that!) The house remained in the hands of the family until 1977, when Richard J. Ramos sold it to Ronald L. Singer (b 1949), a plumbing contractor. He was the owner in 2010, when the “before” picture at the top of the post was taken and that deep front porch still looked like a comfortable place to take it easy of a summer night. • Assessor’s Online Database ¶ Posted 2013-05-21 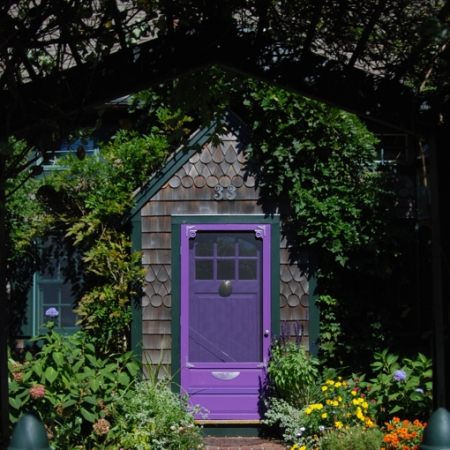 “The grand dame of Veterans Memorial Elementary School,” was how Pru Sowers described first-grade teacher Mary Agnes (Salvador) Beck (b 1949), when she retired after 39 years working in the Provincetown schools; beginning not long after this Long Pointer portrait was taken in 1967. (Pru Sowers, “Fabulous Five Long-Time Teachers Retiring in Provincetown,” The Provincetown Banner/Wicked Local, 18 June 2010.) She lives here with her husband, Eric Beck (b 1948). The records show that in 1950, George S. Ramos, whose family owned the property at 32 Nickerson, applied for a liquor license for the Barn Club at this address. Perhaps the unusual name paid tribute to the abutting barn at 31 Nickerson. In any case, the selectmen refused. Maybe it had to do with scaring the horses. • Assessor’s Online Database ¶ Posted 2013-05-22